This region of the Loire Valley has a maritime climate, largely (but not purely) because it is under the influence of the Atlantic Ocean, which sits a stone’s throw to the west. Even those Nantais vineyards which lie furthest inland, the Coteaux d’Ancenis, lie a mere 150 kilometres from the coast. The ocean is not the only watery influence on this region though; the waters of the Loire itself are broad and cool, and may also contribute to the climate, supported by its numerous tributaries which cut through the vineyards, not least (of course) the Sèvre and the Maine. And we must not overlook the huge freshwater Lac de Grandlieu, which lies just southwest of Nantes.

The volume of water in the region varies considerably during the course of the year; in winter the Lac de Grandlieu grows to become the largest freshwater lake in all France, while in its slightly shrunken summer state it comes in second, behind the Lac du Bourget which lies in the shadow of the Jura mountains. In addition, much of the flat land near Le Landreau and La Chapelle-Heulin floods during winter. This is the Marais de Goulaine (marais means marsh), which lies around the famed Butte de Goulaine, where – for example – Domaine Luneau-Papin have their Terre de Pierre vines. This huge expanse of water can – when present – also have some impact on the climate. Regular flooding can degrade soils too, and so these annual floods can also influence terroir. 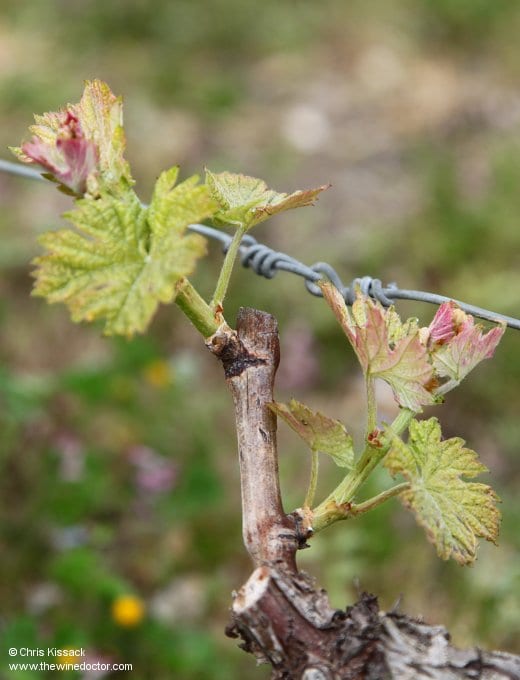 The very watery nature of the Nantais landscape does much to temper annual variations in temperatures. The region enjoys typically milder winters than are endured by those vineyards further inland, but as a trade-off the weather is less warm during the summer, maritime breezes also playing their part here. The average mimimum temperature during the months of December, January and February (based on data from 1981 to 2010) was 3.1ºC, while for the Central Vineyards (near the centre of France, where we find Sancerre and Pouilly-Fumé) the average minmum temperature for the same time period was 1.3ºC, the Nantais almost two degrees warmer. As for summer, the average maximum temperature here during the months of June, July and August (based on the same thirty-year dataset) was 24.2ºC, while for the Central Vineyards it was 25ºC, the Nantais almost one degree cooler. While at first glance these differences might seem insignificant, bear in mind that they are average differences maintained over many months. Such differences can have a significant impact on viticulture.