Chinon is an appellation which, for most drinkers, along with the likes of Muscadet, Vouvray, Sancerre and a few others, defines the Loire Valley. And in Chinon, the domaine of Charles Joguet, which still bears his name more than a decade after the man himself left for pastures new, is one of the appellation’s most renowned. Ask certain members of the British wine trade to recount a list of their all-time favourite wines and, provided you have asked a merchant sufficiently long in the tooth, there is a fair chance that alongside all the Château Ausone and Château Latour the list will also include Charles Joguet, especially favoured vintages from the 1980s, in particular 1989. More than twenty years on, memories of these bottles seem to simmer on. Having tasted the 1989 Clos de le Dioterie from this domaine, the wine still youthful, pure, perfectly poised and indeed singing loud at just short of twenty-five years of age, I can understand why.

Having said that, during the early days of my Loire explorations, when I was tasting the wines of many domaines for the first time, I picked up a few bottles of Charles Joguet Chinon; being aware of the domaine’s fantastic reputation I was looking forward to these treats. These were not bottles from the 1980s though, but were slightly more recent, from the 1990s. They were strangely different to what I expected, the style rather dry and dusty, the palate thin, lacking impact, flavour and fruit. Of course, I doubted myself. After all, so many people had told me of this domaine’s superb reputation, and I concluded the problem was with me, and not the wine. My palate was inadequate, perhaps. The wines were just ‘closed down’. I had pulled the cork at the wrong moment, either too soon, or too late. It was only with hindsight, many years later, having tasted much more widely, that my confidence in my own palate grew sufficiently to know I had been right all along. The wines simply weren’t that good. 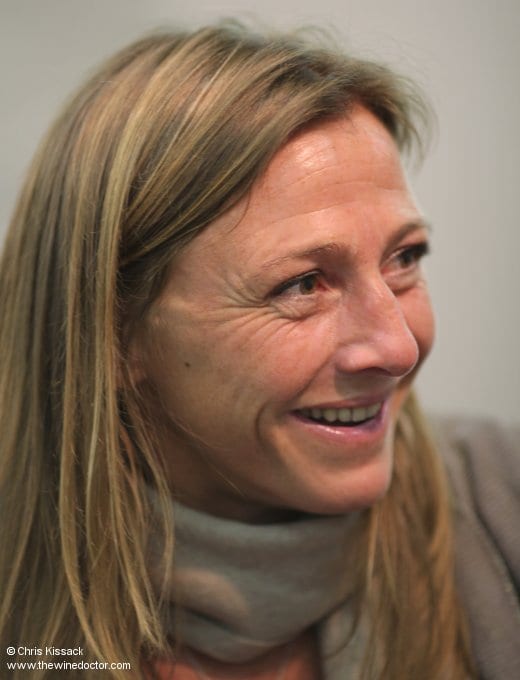 This, in essence, is the story of Charles Joguet, a domaine that has seen cycles of success and inadequacy. It has had its qualitative ups and downs, and I had simply hit it in a down phase. Happily, today the domaine seems to be on the up once more, under the direction of the young and motivated Anne-Charlotte Genet (pictured above), along with the equally young and talented winemaker Kevin Fontaine. With this pair at the helm, this is a domaine to which we should once again give some attention. Before we come to the modern story of the domaine and the current portfolio of wines, however, I first present some history.