Now long-established in the Chinon appellation, Wilfrid Rousse was not born into wine. His own father was an entrepreneur working in agricultural machinery, and the family had no specific connection to the town of Chinon or its vineyards. It was only as a result of his growing appreciation for wine that Wilfrid decided he would seek out the life of a vigneron, tending his own vines and producing his own wines. It places him in an elite group of Loire Valley vignerons who succeeded after starting out with nothing or close to nothing. Racking my brains, only a few others who have achieved this spring to mind; Richard Leroy is one, and while I have no doubt there are others the list seems likely to be very short. Most vignerons start out with at least something, even if it is just a few rows of vines inherited from a long-lost relative.

Wilfrid, however, started from scratch, with the rental of a single hectare of vines. Since then the domaine has grown significantly, and it now accounts for more 20 hectares of the appellation, with an interesting range of reds at all levels, as well as white and rosé cuvées. 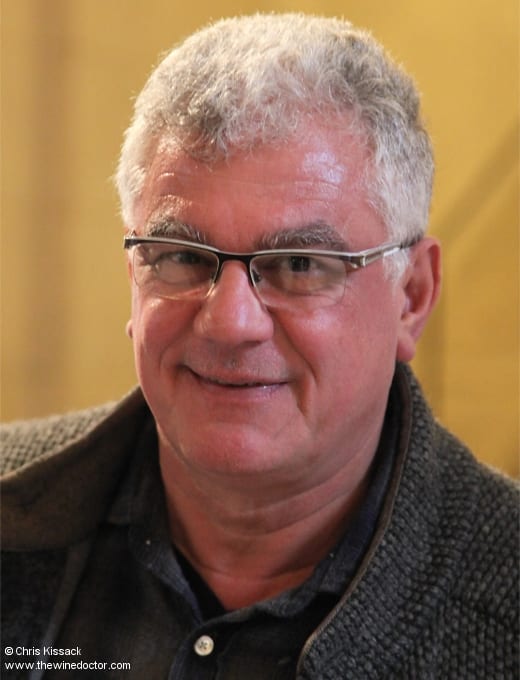 Wilfrid Rousse (pictured above) arrived in Chinon in 1987, and although he started out with just that tiny parcel of rented vines the domaine grew almost immediately to 6 hectares. As a consequence he soon needed to secure some dedicated premises, and in 1994 he settled at La Halbardière in Savigny-en-Véron, on the isthmus of land that sits between the waters of the Vienne and the Loire. He acquired an old farmhouse, dating to the 17th century, along with some land on which he could build.