Although today Domaine de la Noblaie is home to Jérôme Billard, one of the youngest and most forward-thinking vignerons in Chinon, this is a domaine that hints tentatively at having a long and illustrious history. Located only a kilometre or two from Chinon, albeit on the other side of the river, the cellars at Noblaie date back hundreds of years, quite likely five centuries, perhaps as many as eight. There are also suggestions that the Knights Templar may once have been involved in the running of the domaine, as evidenced by the name of the nearby lieu-dit, Les Blancs Manteaux; this religious military order were noted for their white capes (mantles, or manteaux). The idea is not as far-fetched as it might sound; the order certainly had a presence in the region, and indeed a large number of them were incarcerated in the Château de Chinon for several years, prior to their execution in Paris.

Even if we were to discount this tale, there is no denying the age of the Noblaie cellars, nor the existence of the lieu-dit La Noblaie on the Cassini map of France, on a section published in 1765. Nevertheless, there is no grand history of winemaking from this time, although there were surely vines planted here. Indeed, in the early part of the 20th century, after the devastation of phylloxera, the vineyards lay abandoned and overgrown. It took an outsider to recognise the domaine’s potential, and to breathe new life into it. That outsider was Pierre Manzagol.

The modern history of the domaine begins in the 1950s, when the property was purchased by Pierre and Jacqueline Manzagol. Pierre Manzagol was one of many inhabitants of Corrèze who left his home to seek work elsewhere; many moved to Libourne, in Bordeaux, the most famous surely being the Moueix brothers, Antoine and Jean, whose descendents now seem to own or farm half of Pomerol. Instead of heading west, however, Pierre looked north instead, and he ended up near Chinon, at Noblaie. At the time Domaine de la Noblaie was abandoned, the vineyards were overgrown, and Pierre set about bringing the estate back to life. 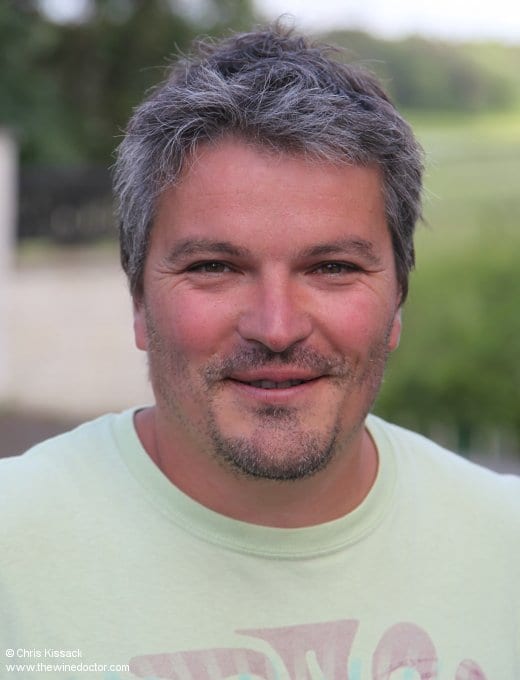 Reflecting on his grandfather’s acquisition and subsequent work, Jérôme Billard (pictured above) is at first rather muted. “It was just a few hectares, and they really bought it for their retirement”, he says, continuing “they may have added to it a little over the years, but it was not a serious concern”. Despite Jérôme’s words the domaine was in fact quickly up and running; Pierre Manzagol made the purchase in 1952, and released his first vintage – just three barrels, admittedly, from 5 hectares of Cabernet Franc vines – the very next year. In contrast to his opening comments, Jérôme Billard is quick to explain his grandfather’s significance when it comes to the presence of white varieties in the region. Chenin Blanc has always been seen as significant here, and Jérôme clearly credits Pierre Manzagol with this. “In my grandfather’s time it was only him, Ligré and Raffault making white wine” says Jérôme Billard. “He always continued with it, as he felt it was an important part of Chinon’s vinous heritage”.