You only need one glimpse of Château de la Bonnelière to appreciate this property is of considerable age. There are elements of its structure which hint at the Renaissance, the pale limestone and render of its walls, and the little corbels underpinning its elegant roofs of dark slate. It does not have the graceful finish possessed by the region’s truly grand châteaux of the Renaissance though, looking more solid and functional, its appearance suggesting that it grew from some older fortified farmhouse. In this it is typical of many the properties along the left bank of the Vienne and dotted around the countryside to the south, around the towns of Champigny-sur-Veude and Richelieu. They are grand but overtly rural properties, often encircled by walls and parkland, any view of the building often obscured by a dense wall of aged trees.

The buildings, half farmhouse and half elegant residence, often come with outbuildings which once served to provide the noble residents with an income. Agricultural buildings for the storage of grain or hay, or a wine press and cellars if grapes were grown. The most noble had a dovecot, or pigeonnier as they are often known. One such pigeonnier, a broad and round tower (pictured below), graces the modern-day Château de la Bonnelière, hinting at this domaine’s illustrious past. Today, though, it is a wine domaine through-and-through, with more than 30 hectares of vineyards, many of which are located directly around the property (and some are decidedly more distant). The property is run by Marc Plouzeau, a scion of a well-known viticultural family. 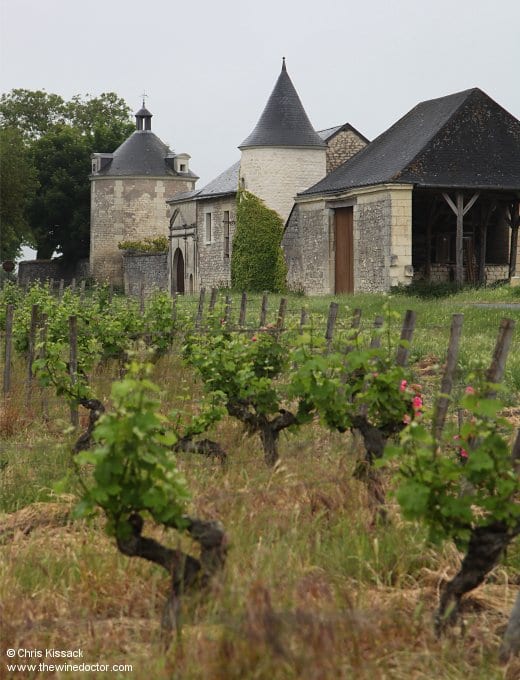 The château in fact dates to at least the 16th century, it having been the seat of the noble le Breton de la Bonnelière family. While it remained in their hands for many centuries, and their family tree is well documented, a full exploration of their time here is probably not warranted. Nevertheless, it is worth casting the spotlight on one or two family members and the history of the château.