Historical references to Château Noiré and its vineyards are, despite the visual appeal of the diminutive château, and the high quality of the vineyards situated on the limestone côtes to the east of the town of Chinon, not easy to come by. It is for this reason we must be thankful to Pierre Bréjoux, author and onetime Inspecteur Général of the Institut National des Appellations d’Origine (INAO), who seems to have held the estate in high regard. Writing in Les Vins de Loire (Parisienne d’Editions Techniques et Commerciales, 1956), Bréjoux listed the most renowned of the appellation’s crus, as follows:

Some of these names will be immediately familiar, in particular several lieux-dits which are today in the hands of Couly-Dutheil and Baudry-Dutour, while others hint at the presence of certain soil types, such as aubuis, or trees, such as le pin. The one that jumps out in the context of this domaine, however, is Château Noiré. Sadly, Bréjoux did not see fit to provide us with any further detail, preferring instead to wax lyrical on the wines of Azay-le-Rideau and Amboise. This is a great shame, because in more recent texts the estate all but disappeared. By the time Suzanne Blanchet was writing Les Vins du Val de Loire (Éditions Jema SA, 1982), just a few decades later, the estate did not even warrant a mention. 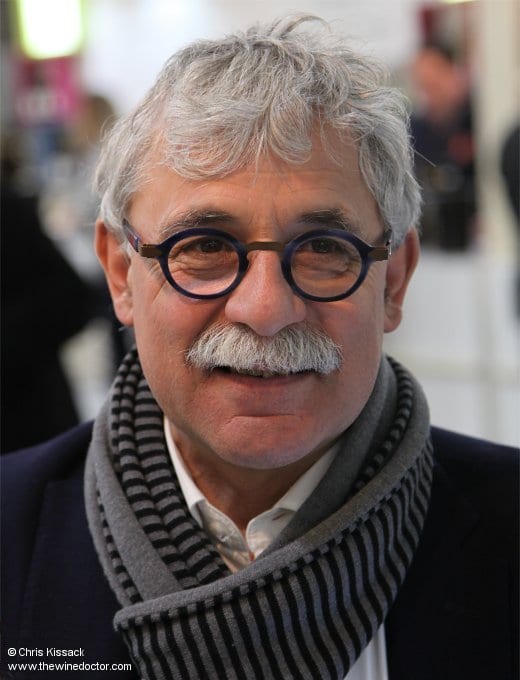 I suspect that viticulture declined on the estate, to the point where it was no longer of interested to its proprietors, and to wine scribes. And today Château Noiré appears to have been separated from its vines, its inhabitants more occupied with their work as estate agents. Nevertheless, it is surrounded by vines, situated on some of Chinon’s most prestigious limestone terroir. On the magnificent limestone côte up above and to the left of the château is the Coteau de Noiré, one of the region’s leading terroirs, today farmed by Philippe Alliet. Lower down the slope, next to the château, are the vines of Domaine de Noiré, a Manceau family estate. For many years these were tended with no great passion, the grapes they gave sent to the local co-operative. It was only in 2001 that the modern-day story of Domaine de Noiré begins, when the current proprietors, Jean-Max and Odile Manceau, took over its running.