Head west from Chinon along the left bank of the Vienne and it is easy to forget you are driving through one of France’s largest and most significant wine regions. While the landscape on the opposite bank, around Beaumont-en-Véron, is blanketed with the vines of the Chinon appellation, here on the south side of the river the vineyards seem few and far between.

The reason for this is quite straightforward. Back in the 1930s when many of France’s appellations were first defined, it was clear to the vignerons of many of the country’s wine towns that the Appellation d’Origine Contrôlée system was the future. Chinon was no exception, and those who tended vines around the town itself, to the west in Beaumont-en-Véron, and on the left bank of the Vienne facing the town all elected to join this novel system. But dotted across France there were exceptions, some vignerons and their peers dissuaded from signing up by the associated costs and new regulations. This was the case in Saint-Germain-sur-Vienne, overlooking the river from the south bank; the end result was that any vineyards planted here are today restricted to the generic Touraine appellation, rather than the rather more famed Chinon appellation. 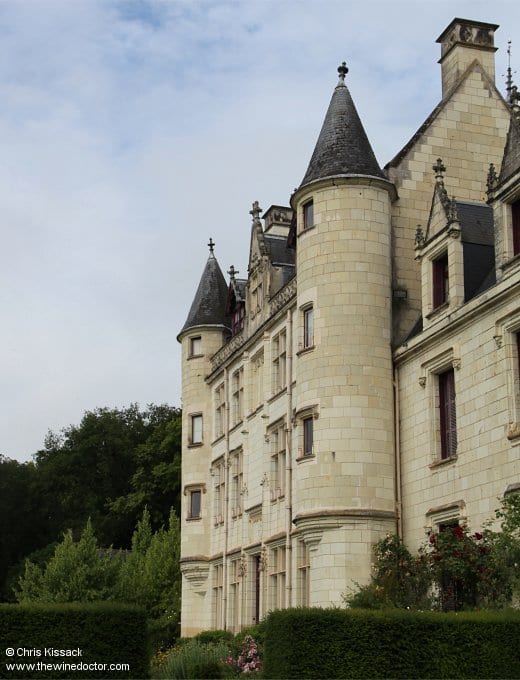 As a consequence viticulture along this stretch of the Vienne is much less common than it might have been. This may be set to change though; in recent years the Touraine regulations have changed so that wines made purely from Cabernet Franc, exactly the style of wine made here on the edges of the Chinon appellation, are now forbidden. Their hand forced, the vignerons on the banks of the Vienne have finally applied to join the Chinon appellation, eighty years after their forebears first rejected the idea. Saint-Germain-sur-Vienne is thus one of several communes newly admitted to the Chinon appellation in the 2016 vintage, and the leading domaine in this commune is surely Château du Petit Thouars.