Chinon is not short of history and heritage; the town’s château dates back to at least the 11th century, and it features in the stories of Henry II, Richard the Lionheart, Joan of Arc, Cardinal Richelieu and no doubt countless other icons of French and English history. Finding such an admirable heritage wrapped up with the story of one of the region’s many viticultural domaines, however, is rather less commonplace. For many centuries the work in the vines, and the vinifications of the harvested fruit, was the work of paysans, not cardinals and kings. If it were not for the likes of François Rabelais our knowledge of the region’s vineyards and wines during the Medieval period would be even more sparse than it is.

One exception to this rule, however, is Château de Coulaine. Here viticulture has been ongoing since the 14th century, and Coulaine is even namechecked in one of François Rabelais’ most famous works, Gargantua (published circa 1534).

Unlike some other estates which claim an equally ancient heritage, such as Château de Tracy in Pouilly-sur-Loire, here at Coulaine viticulture appears to have been ongoing uninterrupted through the six centuries that have passed since these words were written. That does not mean, however, that the story of this domaine is entirely straightforward. Indeed, I have undertaken more than a little research to uncover exactly how the domaine came into the hands of the current proprietors, the Bonnaventure family. 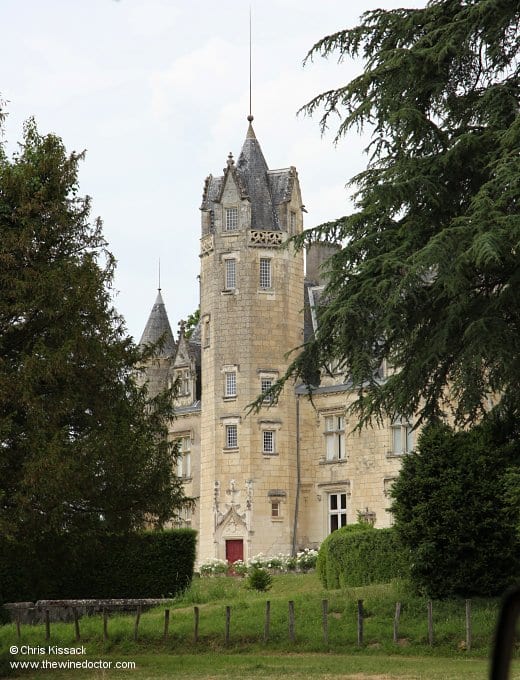 In this profile I explore the story of the domaine, its vineyard, the men and women who have run it and the wines they have made. I begin as always with some history, which in this case involves following two distinct threads. This means the history is somewhat complicated and involved; for those interested solely in the current-day proprietors, and their wines, skipping forward to pages four (for the Bonnaventure family), five (for the vineyards), six (for winemaking) and seven (for my tasting notes) might be an option.