What draws me to the countryside around Chinon, and the town itself – and this won’t come as any surprise, I am sure – is the region’s wine. Having acknowledged that, during the years I have been buying and drinking these wines it has become clear to me that there is much more to Chinon than the product of its many vineyards. This is a town with no shortage of historical anecdotes to give us. Looking back thousands of years, to a time when France was occupied by the Romans, Chinon was a border town, with Roman territory to the south, while the north belonging to the Celtic hordes. It was therefore the site of a Roman military fort, quite possibly on the spot now occupied by the town’s famed château, which looks down onto the rooftops of the town, and onto the waters of the Vienne.

This more recent fortress is only a little less ancient than our Roman story, as it dates from the 10th century. It once hosted the court of Henry II, Chinon being conveniently sited midway between his territory in Aquitaine (which he acquired when he married Aliénor d’Aquitaine) and England. It was also in Chinon that the dauphin Charles VII received a young Joan of Arc, a meeting which ultimately led to the French ousting the English and regaining rule over their country. The town also has a number of history’s celebrities cropping up in its story; the château was once in the possession of Cardinal Richelieu, who partially dismantled it in order to build the town that bears his name to the south. And of course it is rightly famed as the birthplace of François Rabelais, the satirist and committed exponent of the region’s wines. 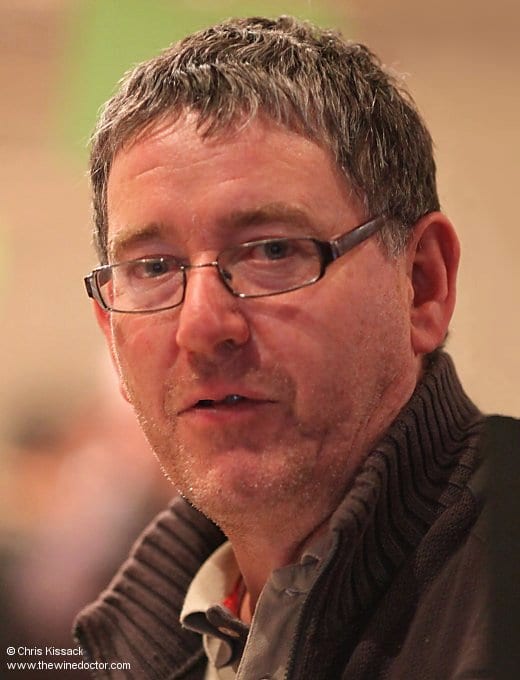 So Chinon is famous, and is of interest not just to wine drinkers but also to historians, classicists and students of French literature. What then of Cravant-les-Coteaux, just a few kilometres to the east? I would hazard a guess that anyone more interested in Chinon’s history or literary associations than its sometimes magnificent wines will probably be completely unaware of this little commune’s existence. To us wine drinkers, however, Cravant-les-Coteaux is a name of great significance.