Explore the roads around the north and west of the town of Saint-Emilion and it is likely, before long, that you will find yourself in a one-way system, with no option other than to continue on. The route is one-way out of necessity, the roads being only just wide enough for one vehicle to pass, the immaculately pale and creamy limestone walls on either side sufficiently robust to force this state of affairs upon drivers caught up in this system. The only exceptions to this are one or two lay-bys along the way, where you can stop and enjoy a view over the vines of Château Canon and beyond, not too distant, the Église Saint-Martin.

Continue on, following this road around to the right and this one-way system takes you almost full circle, eventually dropping you off on the periphery of the town, right next to the aforementioned church and Château Beauséjour. Turn left here and the commune of Mazerat lies before you, home not only to the vineyards of Le Dôme and Vieux Château Mazerat and the newly erected cellars of Jonathan Maltus, but also one of the 2012 additions to the ‘A’ rung of the premier grand cru classé layer of the Saint-Emilion classification. Of course, I and referring to Château Angélus. 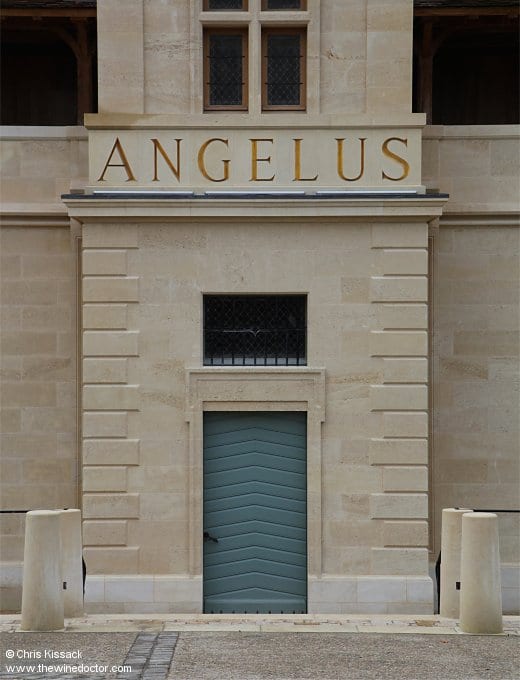 The vineyard in question is reputedly one of the few sites in Saint-Emilion where, standing among the vines, the Angélus bells of all three nearby churches – the one in Saint-Emilion itself, the chapel at Mazerat and also the older church we just passed, at Saint-Martin – are audible, hence the name Angélus, which now applies to the whole estate. The cynic in me expects that this is not a feature that is exclusive to Angélus, as I am quite certain the same could also be said of Le Dôme, Vieux Château Mazerat, and indeed any number of other nearby vineyards. Nevertheless, it was the workers of Angélus that seem to have clicked first, many years ago, and it is therefore Angélus that lays claim to the name.