In the Chinon league table there is no doubt in my mind where I would place Philippe Alliet; certainly at, or very close to, the top. While a good number of vignerons in the appellation turn out delicious wines from lighter soils for drinking now or soon, cuvées which are rightly popular in the restaurants and bars of nearby towns including Chinon itself, only a handful of domaines show what the limestone slopes which run along the river past Cravant-les-Coteaux are really capable of.

Cuvées such as Philippe’s L’Huisserie and Coteau de Noiré are delicious wines, but ultimately they are intended not for easy drinking, but for the cellar. These are wines in which you can find a dark and complex array of aromas which goes beyond the blackcurrant and black cherry fruit of the variety to embrace black bean, coffee grounds, violets, rose petals and tar, but they are also rich in a classical limestone-derived tannic structure which not only ties them undeniably to the land (there is more to Loire Valley typicity than mere ‘herbaceousness’ – please can we get past that notion?) but which also demands time in bottle to resolve. 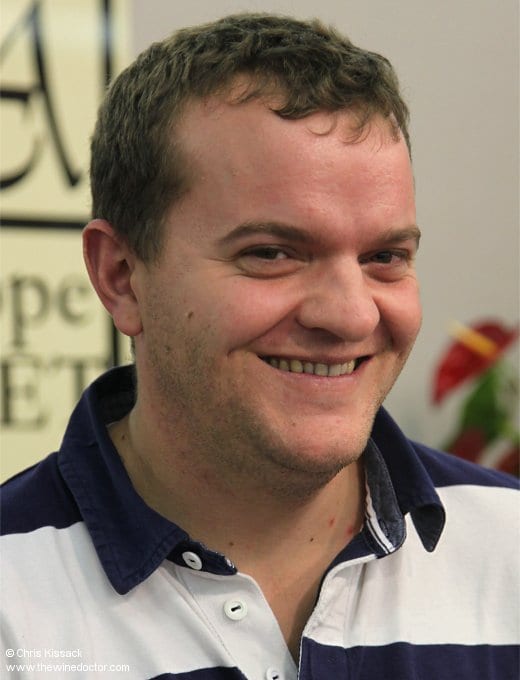 These are the wines upon which Chinon’s reputation rests, alongside cuvées such as La Croix Boissée from Bernard Baudry, Clos de la Dioterie from Charles Joguet and Pierre de Tuf from Jérôme Billard, the up-and-coming doyen at Domaine de la Noblaie. They are wines which you can place in your cellar and come back to many years down the line, watching them evolve new complexities with the passing of time. These are therefore the vignerons who are set to elevate Chinon to an equal footing with the world’s great wine regions, whether you personal foible in that regard be for Burgundy, Bordeaux, South Africa or the Napa Valley. All a drinker needs is an open mind, and a willingness to explore beyond accepted wisdoms and the easily sold wine tropes of the mainstream wine press. And beyond the concept of herbaceousness s anything other than a feature of variety and viticultural practices.