Although this is now a significant domaine in Vouvray, it is not one with a lengthy or convoluted story. This in itself is very exciting, because it means that, like Catherine Champalou, Bernard Fouquet and one or two others who have gone before him, Vincent Carême is – for all intents and purposes – a first-generation vigneron. To be clear, I know all three are in fact the sons or daughters of vignerons, sometimes (in the case of Catherine and her husband Didier) they have been born to a long line of vignerons, but it is Bernard, Catherine and Vincent who have put down the deepest roots, tended their vines in the most conscientious manner, and – this is the important bit – really made their mark on the appellation.

When I meet up with Vincent and Tania Carême to taste the latest vintage I imagine that it might feel a little like it felt to those Loire enthusiasts discovering Bernard’s and Catherine’s wines for the first time twenty-plus years ago, when they burst onto the Vouvray scene with a slew of fabulous wines from the 1989 and 1990 vintages. Back then there was a realisation among those who discovered these new wines that the Vouvray landscape had changed, and that it was no longer just a matter of what the Huet and Foreau families (at the time, both domaines remained in family ownership, today this is only true of Foreau) were up too. There were not one but several new players now at the table, players who might not hold all the vineyard trump cards but nevertheless seemed to be winning plenty of tricks. 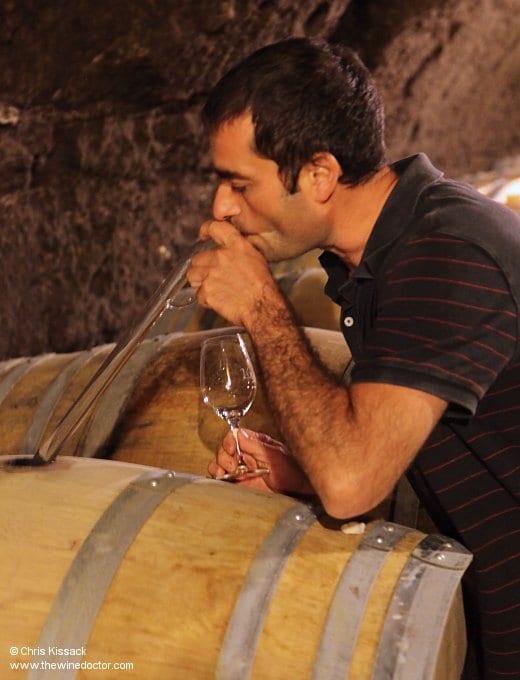 Today, just a few years after my first meeting with Vincent Carême any my original encounter with his wines, it seems to me that he is the poster child for a new, 21st-century wave of change that is sweeping through Vouvray. An appellation that has perhaps rested on its laurels a little too long, a great contrast to the wind of change seen in Montlouis, led by Jacky Blot and François Chidaine, Vouvray is at last being roused from its slumber. Across the appellation, in the central commune of Vouvray but also in Vernou-sur-Brenne, Noizay, Chançay and elsewhere, there are new and next-generation vignerons taking the helm, and many look to Vincent for guidance and direction. This is partly a reflection of the teaching position he holds at the Lycée Agricole et Viticole d’Amboise, but it is also a reflection of his commitment outside the classroom, in the vineyards and cellars.