Although the Domaine de la Taille aux Loups does not seem to enjoy the same high profile as one or two of its Vouvray or even Montlouis stablemates, it is certainly one of the most significant domaines of Touraine, and is a good candidate for appellation leader in Montlouis. And yet this is a very young domaine, established only twenty-or-so years ago. For most of those years it has been home to Jacky Blot, although it was not he who established it; frequently overlooked, the viticultural maverick who brought La Taille aux Loups into being was a man from Bordeaux named Christian Prudhomme.

Prudhomme clearly wanted to make waves in Montlouis; having worked for the Rothschilds in the vineyards and cellars of Château Mouton-Rothschild, and also at Opus One in California, his curriculum vitae suggested he was up to the job. In 1988, having acquired 7 hectares of old vines scattered about the appellation, he set about making wine his way. This meant reducing yields by crop thinning, harvesting into tiny crates to protect the fruit and fermenting using indigenous yeasts, in barrels purchased from Château d’Yquem. The wines produced were reputedly a testament to the wild dedication he exhibited. So it seemed something of a vinous tragedy when the business collapsed within a year or two of starting up. But this is the point in which Jacky Blot enters the story. 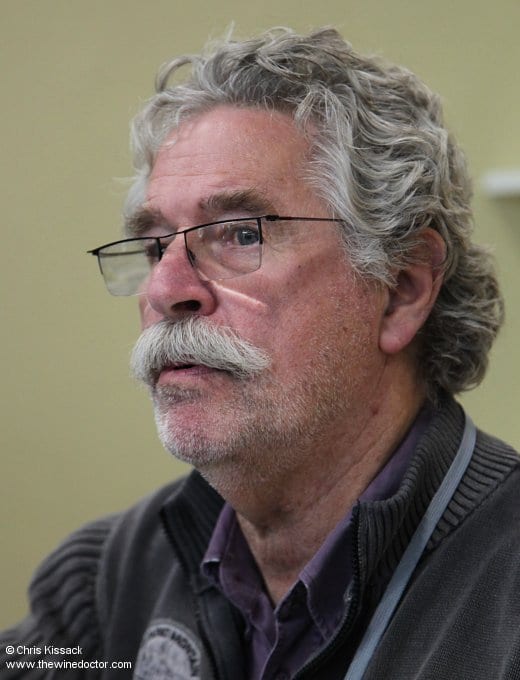 Jacky (pictured above) was not born to viticulture, but instead discovered wine when working as a junior pâtissier in Restaurant Drouant in Paris, alongside his brother Jean Blot. Wine clearly became his passion, as its discovery sparked a career change, and before long he had swapped the kitchens of Paris for Tours, where he took up work as a courtier – which involves liaising between the vignerons, some of whom might be highly skilled winemakers but not necessarily blessed with similar aptitude when it comes to marketing their wines – and their potential customers. Before long, however, he was looking for vineyards of his own. The little domaine gathered together by Prudhomme was available, and Jacky took up where his predecessor had left off, with just those 7 hectares of vines. It was around this time that Jacky met Christophe Mesliand, the son of a viticultural family from Amboise. Jacky hired Christophe as his chef de culture, and the two have worked together at La Taille aux Loups ever since.