The changes I have witnessed in Anjou over the past two decades, in both the style and quality of the wines and in how the region and its principal white variety Chenin Blanc are perceived by drinkers, has been revolutionary. This is a region where the dry whites were once afterthoughts coming in (at best) in third place, and it was a slightly off-dry, golden and sulphite-dosed third place at that. In second place were the sweet wines from the Coteaux du Layon appellation, while first and foremost for many vignerons was Cabernet d’Anjou. It might be a long time since you last set eyes on a bottle of Cabernet d’Anjou, if indeed you ever have, but do not underestimate the area planted to red varieties, especially Cabernet Franc and Cabernet Sauvignon, along the banks of the Layon, and the role the region’s most famous rosé played in balancing the books in this region. 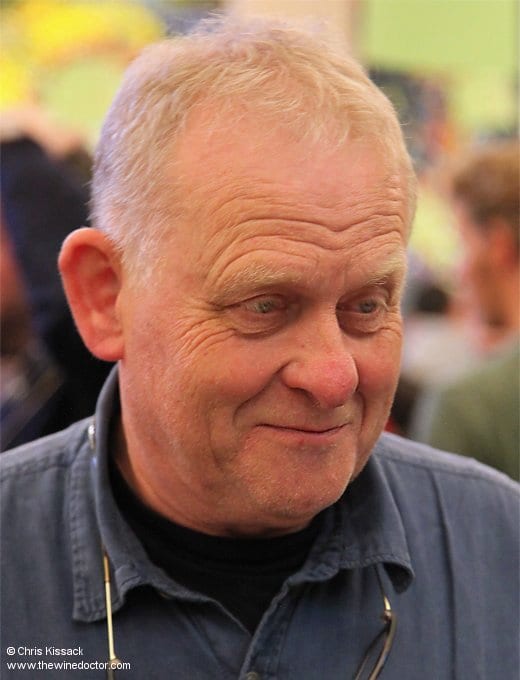 The white revolution has had many insurrectionist figureheads, some of whom have taken on cult status, or look set to do so, while others have been happy working in the background, allowing their wines to do the talking. Somewhere in the middle is Patrick Baudouin, a quiet man less well known than the likes of Richard Leroy, Mark Angeli, Jo Pithon or Claude Papin. And yet he ticks all the boxes, working a complex portfolio of vineyards, a number of them barely a hectare of Chenin Blanc planted on one or other of the many igneous and metamorphic terroirs that characterise the vineyards of L’Anjou Noir. Organic (and certified as such since 2002) he works a number of his parcels, including Le Cornillard, Les Gâts and his tiny slice of Les Zersilles in the Quarts de Chaume appellation by horse, which he started in 2016. In January 2020 Patrick also introduced sheep to his vineyard, a practise he has in common with one or two other notable Loire Valley domaines. The sheep reduce unwanted under-vine growth, can reduce the prevalence of pests in the vineyard, and of course they add a very organic fertiliser to the soil.