I was first introduced to the wines of Yves Guégniard in London, tasting his most recent release from the Clos le Grand Beaupréau, a Savennières lieu-dit, alongside parallel interpretations of this terroir from Château Pierre-Bise and Domaine Ogereau. Although I was familiar with these latter two names, having met Claude Papin on several occasions, and having tasted his wines and those of Vincent Ogereau many times before, the names of Yves Guégniard, and of Domaine de la Bergerie, were entirely new to me. But that is the joy (or, from an alternative viewpoint, the tragedy) of the Loire; here is a man running a long-established domaine, the most recent of several generations of his family to do so, a vigneron clearly committed to his vines and who turns out an exemplary range of wines. And yet he and his domaine remained, for many years, under the radar of even a Loire-o-phile such as myself.

Tasting the wines at that initial meeting I was struck by the high quality of his two Savennières cuvées, wines that, in my mind at least, immediately catapulted the very modest Yves Guégniard into the upper tiers of Savennières winemakers, his wines more than a match for those of his peers and friends Claude and Vincent. His Anjou-Villages cuvée Evanescence was also extraordinarily impressive, and these two appellations clearly form the quality cornerstone of the Domaine de la Bergerie range, among the dry wines at least; having met up with Yves and his daughter Anne many times since, and having thus tasted their wines many more times, I have of course discovered sweet delights here too, from the Coteaux du Layon and Quarts de Chaume appellations. During the course of these tastings I realised I was dealing with one of the top domaines of Anjou, a source of elegant and composed wines with a modern but not overdone polish and, in many cases, a seductive edge. 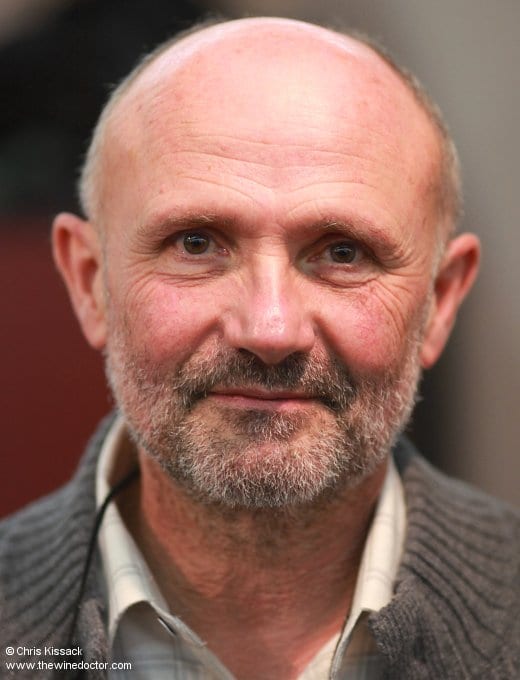 Looking beyond these exalted cuvées Yves (pictured above) and Anne produce the traditional range of Anjou wines, not just the ost exalted appellations mentioned above but all the other styles for which the region is renowned, from Rosé de Loire to Anjou Gamay. In that respect Domaine de la Bergerie can perhaps be aligned with similar domaines, like Château Pierre-Bise and Domaine des Baumard, long established family-run businesses where the current incumbents Claude Papin and Florent Baumard turn out a similarly broad portfolio of wines. I call them the ‘generalists’; this is not a criticism, just a recognition that the ambition here is broad, the style of wines many and varied. This profile examines in some detail the work on the domaine, with a detailed account of the vineyards, and a full run-down of the wines, finishing up with all my tasting notes. First though, it is worth exploring the domaine’s rather brief history.