On the right bank of the Maine, as it flows through the centre of Angers, there sits a most remarkable building. I have walked past it many times, on the Boulevard Arago, perhaps on my way to a tasting there, or just exploring the town. I would on occasion stop to admire its ancient ecclesiastical grandeur, long before I ever realised there was a connection with the region’s wines. Although I should, perhaps, have guessed that there would be. When it comes to monasteries, abbeys, ancient hospitals (this building is one of the latter) or indeed anywhere else where pious men and women would tend to the sick and the infirm, wine would never be far away.

The building in question is the Hôpital Saint-Jean d’Angers, which was the location of the Hôtel-Dieu d’Angers, the town’s principal infirmary. It dates to 1175, when it was founded by Étienne de Marsay (1130 – 1190), the Sénéchal d’Anjou and treasurer to the Plantagenet Henry II. It was Henry himself, King of England and Duke of Anjou, who asked Étienne de Marsay to build the hospital as atonement for the murder of Thomas Beckett (c.1118 – 1170), Archbishop of Canterbury. And where is the wine connection? Well, as expected, healing hands need wine, and it was only a few decades later that the ecclesiasts established a vineyard, on the left bank of the Loire. The year was 1219, and the vines they planted constituted the beginning of Château de Bois Brinçon.

The land acquired by the monks of Hôpital Saint-Jean d’Angers was first referenced by Fontero, who wrote of Boscus Breceii (literally, little woods, and the origin of Bois Brinçon) in 1170. The land was deemed unsuitable for agriculture, but when it was acquired by the monks in 1219 they rented it out to local peasants on the condition that vines be planted. The annual rent was a proportion of the harvest as well as 13 deniers (a subunit of the livre, the currency that predated the franc). This was payable each year, on St Denis’ Day. This evidence makes the vineyard of Le Bois Brinçon one of the oldest in the Loire Valley, if not the oldest. 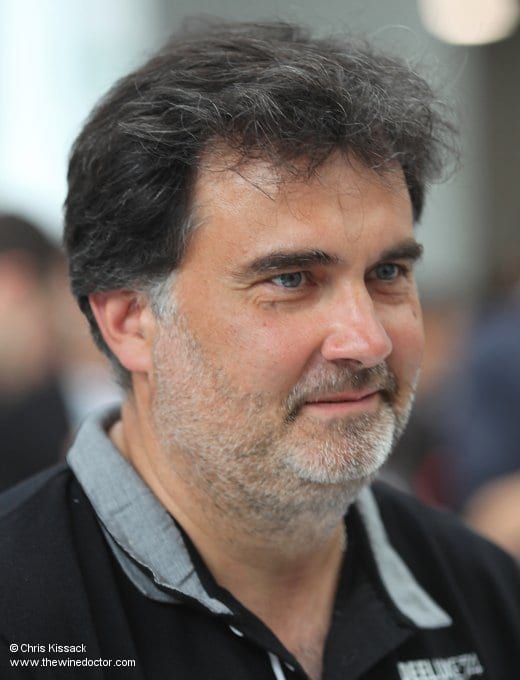 Sadly, information on how the vineyard developed during the ensuing centuries is difficult to come by. Both the hospital in Angers and the vineyard at Le Bois Brinçon remained in the hands of the church, but during the 17th century the hospital seemed to enter a period of decline, and its direction was taken on by the local bourgeoisie of Angers. Eventually, however, when a new hospital was built elsewhere it was decommissioned, and today it serves as a museum. As for the estate at Le Bois Brinçon, now blessed with a rather grand château (that’s the bourgeoisie for you), this was confiscated during the Revolution. The property was sold as a bien national in 1791, and yet more than another hundred years went by before the estate came into the hands of Florent Cailleau, in 1892.