Bearing in mind that I spend half my time visiting, thinking and writing about the Loire Valley, it is not often that I witness a new domaine seemingly appearing from nowhere with a complete range of interesting wines. There are plenty of new start-ups of course, drawn to the region by affordable vineyard land, but the start is often stuttering; a few rented vines, some borrowed facilities, the result so often just one cuvée, in one vintage. Clau de Nell, however, is clearly different. This domaine seems to have hit the ground running, as when I met general manager Sylvain Potin for the first time in 2014 he already had a range of wines to pour, in two vintages. And they were interesting wines, made using local varieties, but with a professional polish, full of slick fruit and seamless character.

The domaine is notable in other ways though. It is also uncommon – indeed, unheard of – to find a new domaine in the Loire Valley which turns out to be in the possession of one of the grandest names in Burgundy. But that is certainly the case here, as when I met Sylvain that first time the vines were in the possession of the late Anne-Claude Leflaive of Domaine Leflaive. There is clearly an interesting story here, and Sylvain Potin also has a tale to tell, involving an ill-fated expedition to Maule in Chile. When we met in February 2014 he filled me in, starting with a little background on Clau de Nell. 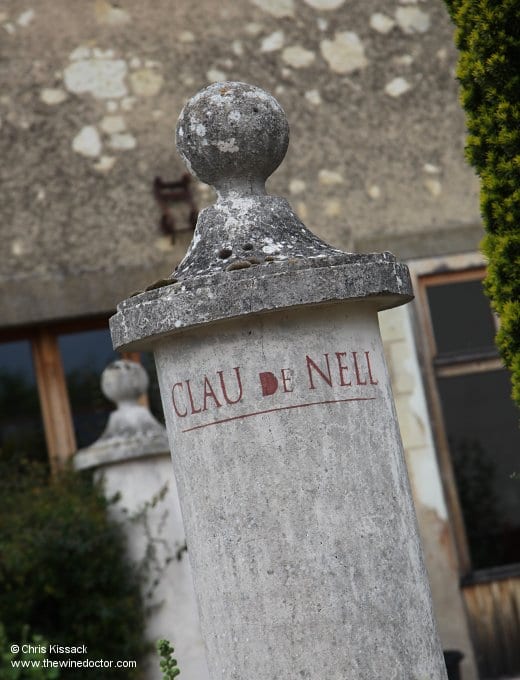 As with many domaines in the Loire Valley there is in fact ancient history here; the presence of fifteen-or-so troglodytic caves and dwellings which form the heart of the estate tell us that much. There is also a long history of viticulture too, although as the years and centuries have passed much of this has given way to more arable agriculture, here in Anjou as well as the southern sections of Saumur and Touraine, to the east. Sadly I have to confess that I know little else of this ancient history, and our story really begins with the arrival of Nelly and Claude Pichard in 2000.