The vineyards of Noizay, in the eastern peripheries of the Vouvray appellation, are perhaps some of the least well-known in the appellation. This is surely set to change though, as within the appellation it is here (as well as in the more distant corners of the deuxiéme côtes, in the most northern part of the commune of Vernou-sur-Brenne) that young and newly established vignerons are most able to gain a foothold in the appellation. And the terroir is enticing. The plateau is extensive and blanketed in vines, but it terminates in a south-facing escarpment creating a long stretch of première côte sites analagous to much more famous vineyards closer to the heart of the appellation in Vernou-sur-Brenne and Vouvray, such as Le Clos, Les Perruches, Le Mont and the Clos du Bourg. 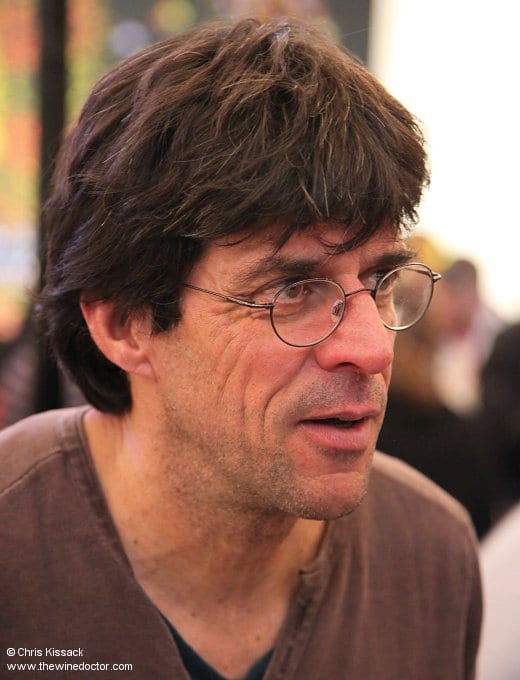 One such vigneron is Michel Autran (pictured above), a local doctor who first bought vines here in 2011. He expanded to 4 hectares in the 2013 vintage, and in the years that have since past his folowing has grown considerably. His style has evolved over these nine years; initially remarkably acid-rich and austere (even to this acid-addict), more recent vintages comes with a touch more supple substance, giving them an appealing balance (I have one or two old vintages in the cellar, so I look forward to seeing how they change given time).

On this occasion I met Michel to take a look at his latest efforts, from the 2017 and 2018 vintages, from bottle and vat respectively.