This profile of Clos Roche Blanche, when I first penned it back in 2009, shortly after my return from a visit to the Loire Valley, initially set out to describe a domaine that was one of the region’s most iconic and, among a band of loyal followers, also one of the most-loved. At the time, proprietors Didier Barrouillet and Catherine Roussel had for decades been turning out a variety of red and rosé wines of great freshness and joy, along with two whites which, while I always felt they were in a more idiosyncratic style than the red wines, were clearly no less appreciated.

My encounters with Didier Barrouillet and Catherine Roussel (pictured below), and with their wines, were always fleeting. I was privileged enough to visit the domaine, and to taste with Catherine in the cellars, although these were infrequent visits, the exception rather than the rule. Sadly the wines were always hard to come by in the UK, and so I rarely drank the wines at home. I soon realised why; the wines had plenty of fans, but these acolytes of impeccable taste mostly seemed to be located on the USA’s East Coast, and that is where most of the bottles seem to have been shipped. There were I think two very good reasons for the Clos Roche Blanche fever that stalked the streets of New York, one being the late Joe Dressner of Louis Dressner Selections, the other David Lillie of Chambers Street Wines. To their credit these two East Coast wine merchants knew a good thing when they tasted it, and they promulgated the wines of Clos Roche Blanche to their many clients. Before long there grew an army of followers ready to soak up seemingly whatever Catherine and Didier could produce. For UK drinkers it was, sadly, near impossible to get a look in. 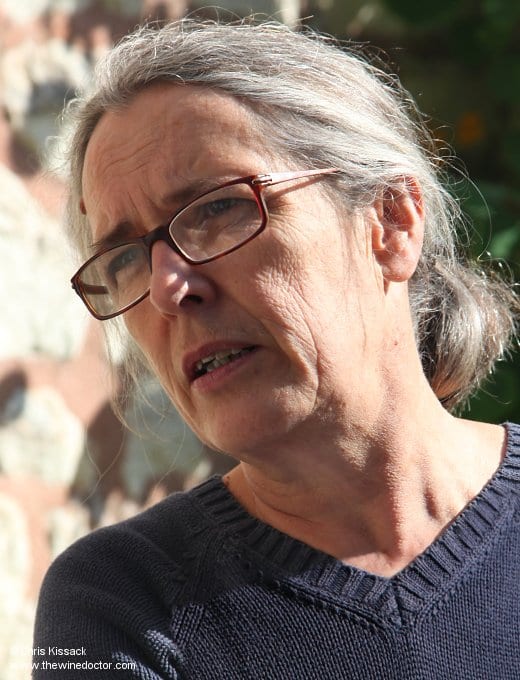 The success enjoyed by Catherine and Didier seemed set to roll on forever, without end, but of course that could never really be true. It was inevitable that, eventually, there would need to be change here, especially with no heir apparent. It was a few years ago that I began to suspect that the Clos Roche Blanche story would soon be coming to an end, Didier Barrouillet and Catherine Roussel having down-sized significantly, selling off or renting out swathes of their vineyards, giving a leg-up to newcomers to the region such as Noëlla Morantin. It was during a visit to the domaine late in 2013 that Catherine whispered to me the news that 2014 was to be their last vintage. Keen not to upset her clients, those in the trade and all those thirsty New-Yorkers, and as she was still in the process of negotiating with potential buyers, Catherine asked that this information remained confidential, and naturally I respected those wishes. All the same, it was only a year or so before news filtered out into the broader wine community, inevitably so when Clos Roche Blanche finally closed its cellar doors late in 2014.