The Sologne is well recognised as a haven for the curious, the iconic, the natural and the idiosyncratic. Here, secreted in a little corner of the Loire Valley, vignerons plough their own furrows, exorcising their own personal viticultural demons. They make wine their way, often with little recourse to appellation regulations, not uncommonly taking advantage of the more flexible Vin de France classification.

Thierry Puzelat is perhaps one of the best-known and most successful names, but there is a cult-like following in some quarters for Claude Courtois of Les Cailloux de Paradis, not to mention Les Maisons Brûlées and of course the onetime ruler of them all, the now defunct Clos Roche Blanche. These are names which will have many fans of the Loire Valley trembling with excitement. Before I knew of any of these domaines, however, it was Henry Marionnet and Domaine de la Charmoise I discovered first.

The story of the domaine begins with Henry’s father, Claibert Marionnet, who is said to have married the daughter of the proprietor of the estate. At that time it was not focused on viticulture, as like many in the Sologne, and indeed throughout the Loire Valley, it was a polycultural smallholding. The family he married into concentrated on growing a variety of crops, including vegetables and fruits, and it wasn’t uncommon for small-scale agriculteurs to keep some livestock, especially chickens or goats. Many such smallholdings included a few rows of vines, and no doubt this was the case here. Under the direction of Marionnet père, however, the domaine shifted towards solely viticulture. 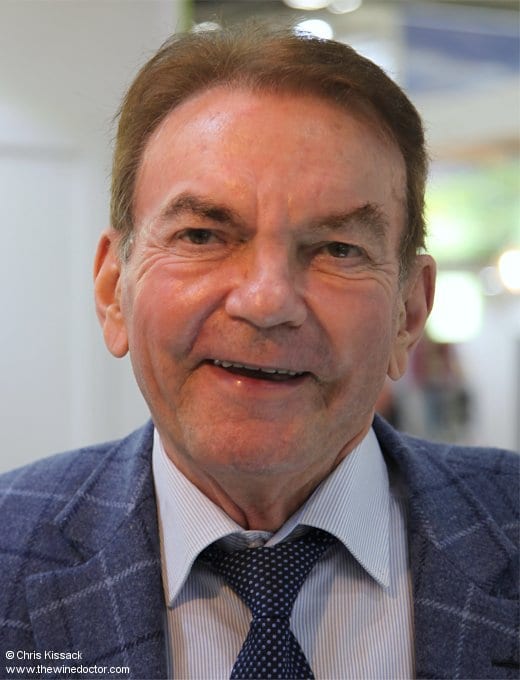 It was not until 1967 that Henry Marionnet (pictured above) took on the running of the domaine. As is sometimes the case when a domaine is handed over from father to son, the transition was not an easy one. Marionnet père was a staunch and patriarchal figure, a disciplinarian who, according to Henry, even forbade his son to talk at the dinner table, even as a young man. Claibert Marionnet’s beliefs regarding the vine and vinifications were unconventional to say the least; the vineyard was populated with a broad array of varieties, many of questionable merit, hybrids and similar sub-standard stock. As a consequence, the more focused Henry had to replant the whole vineyard, and every vine that was pulled up seemed to provoke a new argument. This perhaps contributed to the time-scale of the project, the replanting ongoing for eleven years, from 1967 until 1978. “It was a really big undertaking”, says Henry’s son, Jean-Sébastien Marionnet, “perhaps that is why we still adhere to the Vinifera description on the label today”.