Having worked its way through the great city of Tours, the Loire is joined by three significant tributaries before it reaches Saumur. Although all three rivers have their vineyards, it is only the last to join, the Vienne, that is blessed with an appellation of major repute, as it is on the banks of this tributary that the vineyards of Chinon are to be found. The other tributaries are certainly not devoid of their viticultural stars, however, especially the first, the Cher. The Cher Valley has in recent years developed a reputation for its esoteric and interesting wines, its renown bolstered by the presence of ‘natural’ wine stars such as Claude and Etienne Courtois, and Clos Roche Blanche of course.

The Indre, the second of these three tributaries, seems at first glance to be rather less blessed. Nevertheless, as is often the case, first glances can be deceiving. There are interesting wines here, not least from Château de l’Aulée near Azay-le-Rideau, through which the Indre flows, its waters snaking around the famous château as it does so. Not far from here, on the southern slopes near the mouth of the Indre Valley, there can be found another domaine of note, Château de la Roche en Loire. 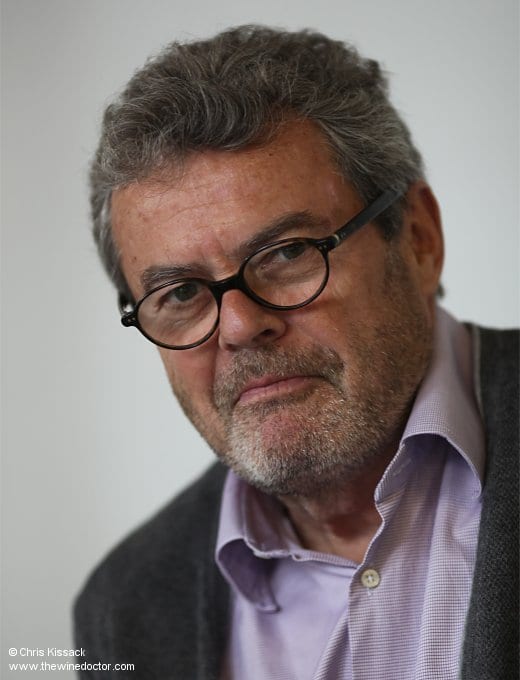 The estate dates back to at least the 16th century, when records indicate that this was the seat of Sieur de la Roche, a nobleman with strong local connections. The archives of the cantons of Azay-le-Rideau and Bourgueil tell us that his wife was Françoise de Boisjourdain (later Duboisjourdain), and that their marriage was blessed with four children, all born at the château. These were Albert, Urbain, Charles and Charlotte; of these, it is Urbain who is perhaps the most notable. At the age of nineteen Urbain de Maillé-Brézé (as he was ultimately known) married Nicolle du Plessis-Richelieu, the sister of Cardinal Richelieu. Urbain was a military man and he led many successful (and one or two less successful) campaigns, before assuming a sequence of grand titles and diplomatic roles including ambassador to Sweden, Marshal of France and Viceroy of Catalonia. His own children were also far from being under-achievers; the youngest Jean-Armand was an admiral of the French fleet, while his older sister Claire-Clémence was betrothed to Louis de Bourbon at the age of five, and was Princess of Condé in her later life. Château de la Roche has seen its fair share of historical characters, it seems.