I have been visiting and tasting with the Ogereau family for at least a decade, and probably quite a few years more than that. While the sweet wines have always impressed, and I have long had a soft spot for the Côtes de la Houssaye cuvée, I cannot deny that during this time I have seen significant improvements in the wines here, not only in terms of quality and interest, but also in the breadth of the portfolio.

With the relatively recent acquisition of the vines in Quarts de Chaume, their first vintage in this appellation being 2015, the sweeter corner of the portfolio has been refocused, putting the Quarts de Chaume up against a Coteaux du Layon cuvée from the famed Bonnes Blanches vineyard in Saint-Lambert-du-Lattay, the contest between the two a much closer than you might imagine. In this report I include notes on the 2018 Bonnes Blanches and Quarts de Chaume, the harvest of the latter pictured below, during a visit to see the picking back in October 2018. Likewise, the Côtes de la Houssaye cuvée is these days better than ever, the quality in benevolent vintages such as 2015 and 2018, the latter reported on here, nothing short of exemplary. 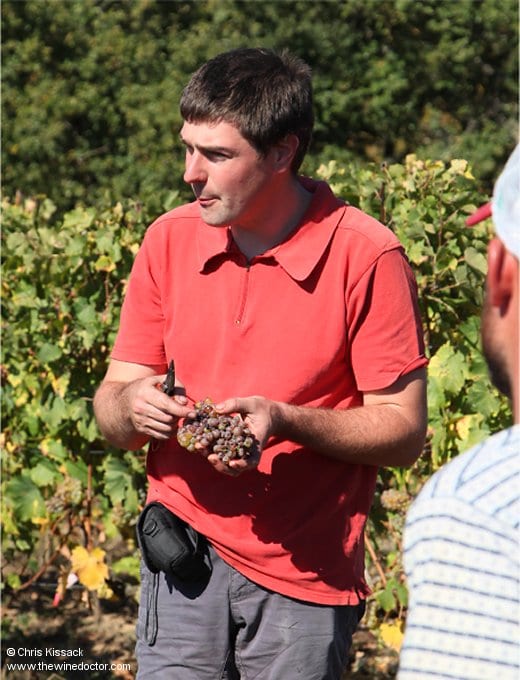 Now, however, the newly extended range of dry Chenin Blancs reflects both the widespread revival in interest in this cultivar, in part driven by varietal examples coming out of South Africa, and the resurgence in quality which has been seen, both in South Africa and in the Loire Valley. In the case of Domaine Ogereau, it was only a few years ago that the portfolio opened with a rather soft Anjou Blanc in which Chenin Blanc was partnered with Chardonnay (it is easy to forget that the Anjou appellation permits the inclusion of Chardonnay and Sauvignon Blanc, up to a maximum 20% of the total, in the blend).