During the past year or two I have met and profiled a number of new names in the Loire Valley. In some cases these were young viticulteurs just starting out, one or two in their very first vintage, while others have been long-established names, perhaps with several decades of work in the vines under their belts, sometimes in more peripheral appellations I just haven’t had the opportunity to explore so thoroughly. The discovery of new domaines, new cuvées and new vintages is of course one of wine’s eternal delights, and I treasured each one of these new experiences.

Few of these encounters, though, were as eagerly anticipated as my first meeting with Ivan Massonnat in early 2019.

With a successful career in the world of finance (indeed, only last week, one Ligérian vigneron described him to me as “the Loire Valley’s wealthiest winemaker”); Ivan’s principal role in wine was until recently solely as an avid and enquiring consumer, with a particular interest in Burgundy (a little-known but up-and-coming region somewhere south and east of the Loire). But when Jo Pithon found himself at the end of his career with no heir apparent, his stepson Jo Paillé having left for pastures greener (and warmer, with less mildew, he tells me) in the Languedoc, and his son Jules Pithon having decided against taking over the domaine, it was Ivan Massonnat (pictured below, with Jo) who stepped up. 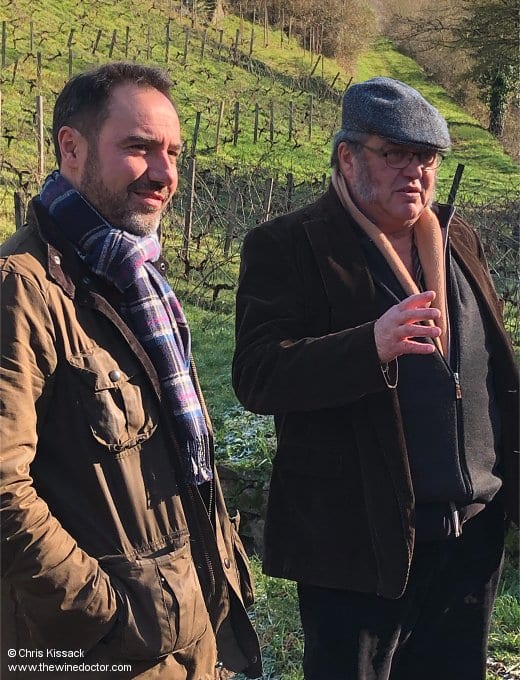 Ivan has a holiday home in Champigny-sur-Veude, a town not far from Chinon, home to the remains of a once-great château and a rather dull-looking boulangerie-patisserie which despite its appearance sells the second-best éclairs au chocolat in Touraine (I know this after extensive research). As such he is a frequent visitor to the region, and it was on one such visit that he learnt from Patrick Baudouin that the Pithon-Paillé domaine was for sale. After a very brief period of negotiation he bought up the old cellars in Saint-Lambert-du-Lattay, as well as all the original Pithon vineyards, including the prized Coteau des Treilles, one of the top sites of the Coteaux du Layon appellation. The addition of 10 hectares in Quarts de Chaume and several hectares in Savennières saw this new venture grow quickly to become one of the region’s most significant new domaines.