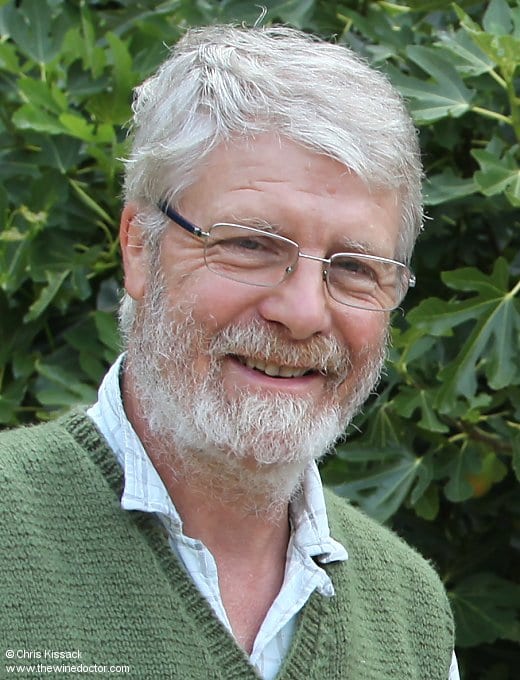 François Pinon, who passed away on January 28th, was an unassuming man, with a modesty that belied the fine character of his wines, and his significance in putting the Vouvray appellation, and its deuxième côtes vineyards, on the map.

The Pinon family, from grandfather Camille, father Claude and François have long been based up in the Vallée de Cousse, one of many tiny slices through the Vouvray vineyard which make the ascent from valley floor up to the plateau behind. His intellect and aptitude saw him leave the family home to study psychology, and as a young man he carved out a career for himself in nearby Tours as a child psychologist. It was in the 1980s that he came home, to take up the life of a vigneron. And it was as a vigneron he would truly excel.

François’ apprenticeship was a short one. He worked alongside his father for maybe a year, before in 1987 the domaine was his. It was jumping in at the deep end, feet first, after just two swimming lessons. Fortunately for François he was blessed with some good vintages to start with. The 1988 vintage was no disaster, and it was only a few years ago I finished up my stock of his 1988 Vouvray Brut, of which I had a small pile of magnums. And then came 1989 and 1990 of course. François was on his way.

The wines François Pinon made have I think been more appreciated in the USA, thanks to some astute importers and merchants, than in the UK. Indeed, I first learnt about François from reading wine newsletters from the East Coast of the USA; I decided to pay him a visit, and did not regret it. The vines were managed along organic lines, as they had been from the outset, and his wines were fresh and vibrant. Although he made a sec cuvée, he favoured a demi-sec style, not uncommon in the region. For François it gave the wines the balance they needed. The limestone of the deuxième côtes, François told me, was “older and colder”, and the touch of residual sugar helped to counteract the acidity in the wines the terroir imbued.

Over the years that followed I kept track of François’ wines as and when I could, and added many to my cellar. The range of cuvées he made in 1989, after just two years on the domaine, was magnificent. Even today the basic 1989 Moelleux is holding up well, but the 1989 Moelleux Réserve Passerillée and 1989 Moelleux Cuvée Botrytisée are both superb. François scored again in the 1990 vintage with a brilliant 1990 Cuvée Botrytis. Thereafter came some difficult vintages, 1991, 1992 and 1993. His skill and determination came through all the same; he was the only vigneron in the Vouvray appellation to produce a moelleux cuvée in 1992. And while he made good wines in 1993, and excellent wines in the more favourable 1995 vintage, it was in 1996 that François showed he was top tier in the appellation with the 1996 Cuvée Botrytis, a tear-jerking wine of beauty and poise which betters anything I have ever tasted from the appellation, in over twenty years of committed Vouvray drinking. In truth it is one of the greatest wines I have ever drunk.

During the decades that followed, François began bottling his wines by terroir, making separate Les Trois Argiles (clay) and Le Silex Noir (flint) cuvées, but while the great sweet wines continued to roll out of the cellars his greatest achievement in recent years has surely been the introduction of the Déronnières cuvée. Les Déronnières is a lieu-dit which sits on the plateau just up and behind the Pinon cellars. It is firmly deuxièmes côtes and although it started out as demi-sec in some vintages it was more sec (or at least sec tendre) a move which went against the grain of his own demi-sec philosophy. And yet as such it is a success; I don’t yet know whether it is the quality of the terroir, or his work, or the changing climate, but in vintages such as 2017 (which has just 9 g/l residual sugar) it seems to me to be one of the appellation’s top sec cuvées. Bear in mind that all the top sec wines of the appellation come from the première côte vineyards such as Le Mont and Clos du Bourg (Domaine Huet), Les Perruches (the source of fruit for Philippe Foreau’s wines), Le Clos (Vincent Carême) or from vines just behind the première côte such as Clos Baudoin (François Chidaine) and we can begin to understand this achievement. And it has been an achievement so modestly won, and so quietly spoken about. I suppose we should have expected nothing else from François.

François passed away suddenly and unexpectedly in the night. His wife, Odile, died a few years ago. He leaves two daughters, Suzanne and Lucille, one of whom drew the designs that grace many of the labels, as well as a son, Julien. Julien has worked alongside his father for a few years, having left his job as an urban planner in Lille to do so. I was delighted when I saw recent releases marked up as François et Julien Pinon, father and son working together. His intention was to take over, but with a longer apprenticeship than François himself had. Sadly that will now not be. But I have every confidence that Julien will continue to run the domaine with the skill and aptitude his father demonstrated. Every confidence indeed.