Having finished my examination of Savennières last week, the final instalment being a detailed look at the Coulée de Serrant appellation, I am now nearing the end of my exploration of the various vineyards and appellations of Anjou. Only a few additions remain. These include a page (or two) on the generic Anjou appellation, a chapter which twenty years ago might not have seemed too important, but this is certainly not the case today, it being a melting pot of exciting terroirs and up-and-coming vignerons. And, before I finish up, I will also be looking at the region’s less exalted appellations, those that are well-known such as Rosé d’Anjou, as well as less familiar names. Anyone for a glass of Anjou Coteaux de la Loire?

Each time I come to the end of a region (I have previously added guides to the Central Vineyards and the Nantais) I find myself reflecting on what I have written, and more often than not just how much I have learnt along the way. In Anjou I was particularly pleased to publish a four-part exploration of the region’s geology, looking at the various seams of schist which lie around the Layon, the other volcanic rocks of note, and also the less widely appreciated limestone terroirs of Anjou. Geologically it is a complex region and it was satisfying to finally cement my own understanding of it in place. 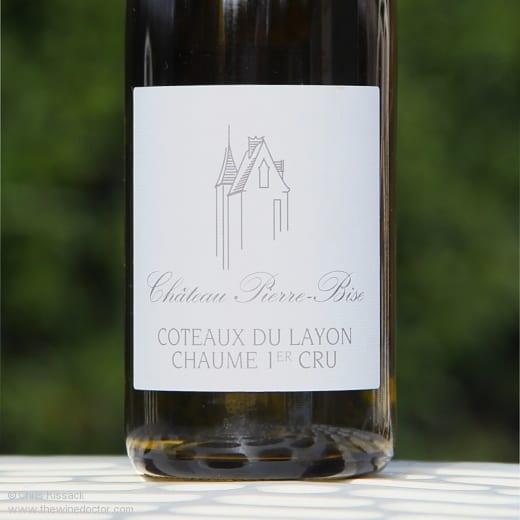 One other confusing facet of Anjou wine is less geological and more manufactured, and that is the name of the Coteaux du Layon Premier Cru Chaume appellation, a region which in recent times has undergone a crisis of identity. The vineyards surround those of the Quarts de Chaume appellation, and it has unsurprisingly long been regarded as superior. In keeping with this nearly twenty years ago some vignerons pressed for its recognition as a premier cru, and as a consequence in 2003 it was given the rather wordy new name of Chaume Premier Cru des Coteaux du Layon.

Perhaps understandably this ruffled a few feathers, particularly among some with vines in the Quarts de Chaume appellation, and what followed was a sequence of legal challenges and setbacks; the new name was thus revoked in 2005, followed by a second new christening in 2007, when it became Chaume Premier Cru. This too was thrown out after legal challenges, which left some vignerons wondering exactly what they should (or could) call their wine. Eventually Chaume returned to the Coteaux du Layon fold, but with the optional premier cru suffix (which today the majority, but not all, of the vignerons use), which stuck, partly because Quarts de Chaume was given grand cru status at the same time (and partly because all legal challenges were eventually exhausted). I think it is only in looking back at these events, quite a few years on, that I have really grasped the full timeline of events, so again writing this guide has informed me as much as it (hopefully) informs readers.

Claude Papin at Château Pierre-Bise was a driving force behind the recognition of the Chaume and Quarts de Chaume vineyards as superior (through the premier cru and grand cru classifications respectively) and the domaine has adhered to the Coteaux du Layon Premier Cru Chaume designation since it was approved. The 2016 Coteaux du Layon Premier Cru Chaume from Château Pierre-Bise presents a rich and golden hue in the glass, with a lightly bronzed suggestion. And there is no getting away from the botrytis on the nose (although why would you want to?), which is loaded with the scents of caramelised orange and apricot, dressed with a touch of toasted nut and praline, even at this stage. This confident aromatic profile is an opener for a palate of svelte and voluptuous texture, underpinned by a pithy substance and grip, which carries a bed of caramelised and dried fruits. Despite its imposing presence it remains beautifully balanced, succulent and it has freshness too. And of course it has length. This has the capability to evolved in the cellar over another ten or fifteen years at the very least, and is surely one of the best example of the Coteaux du Layon Premier Cru Chaume appellation out there, whatever name it might go by. 96/100 (18/1/21)