I recall the first time I ventured north from St Emilion into the much-publicised but rarely-praised satellite appellations of Montagne-St-Emilion, St-Georges-St-Emilion, Puisseguin-St-Emilion and Lussac-St-Emilion. Up until that point all my knowledge of these appellations was second-hand, and it seemed to me that they were damned with every word written about them. I was told these were zones which, rather like the sandy plains of St Emilion that run along the Dordogne down towards Libourne, could never possibly yield the sort of elegance or structure that could be found in the great wines of St Emilion, either from the limestone plateau, home to Château Ausone and Château Troplong-Mondot, or from the gravel beds closer to Pomerol where Château Cheval Blanc and Château Figeac can be found. Hence, I landed on the soils of Montagne-St-Emilion like some alien invader who had been watching mankind from afar, about to make first contact. Completely unaware of the potential of these regions, I was expecting to encounter chronically depressed vignerons whose only true desire was to move south, into St Emilion, an exodus from vinous obscurity, or in the case of Lalande-de-Pomerol (which I also deal with on this page) into Pomerol proper.

How wrong I was. I met young vignerons who knew far better than anyone the value of these terroirs, and the quality of the wines they could yield. We would walk in the vines and kick over the lumps of limestone, some larger than my fist, which are scattered across the surface soils as indicators of the deep limestone bedrock that lies beneath here. Their wines tasted substantial, full of savoury fruit, rich and fulsome, and were nothing like the weedy wines of the sandy St Emilion plateau where the grapes, griddled by the reflected warmth of the hot sandy soils taste so much leaner, a stripped-out melange of stewed fruit and dry autumn leaves. Here instead the wines showed dark colours, confident aromatics and cool, youthful, limestone-joy on the palate. 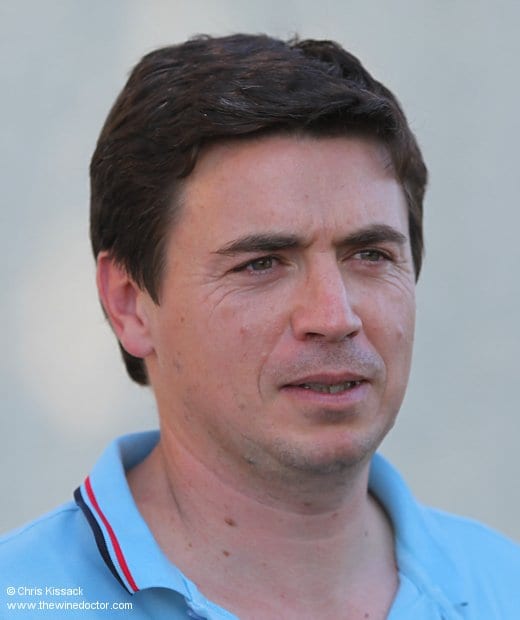 My mention of the tender age of some of these vignerons is not accidental; I seemed to encounter more young blood here than I had elsewhere in Bordeaux, relatively newly established vignerons such as Pierre Taïx (pictured above) of Château Guadet Plaisance, who could afford to rent and buy these vineyards, whereas they would not have stood a chance of doing the same in Pomerol, Pauillac or the like, where a hectare of land costs millions. I began to think of these appellations a little like I now think of Montlouis, an appellation where young vignerons can get a first foot on the viticultural ladder. Having said that, it would be wrong to paint a picture of the satellite appellations as a collection of paysans, living on the land, all working their very first vintage. There are quite a few grand châteaux here too, and several instances of high-level outside investment, such as the acquisition of Château La Fleur-St-Georges (rechristened Château La Fleur de Boüard) in Lalande-de-Pomerol by Hubert de Boüard de Laforest of Château Angélus, and the investment in Château Siaurac, again in Lalande-de-Pomerol, by François Pinault of Château Latour.

In this part of my guide to Bordeaux I look in a little more detail in these satellite appellations, first making a collective examination of the St Emilion satellites before then moving on to look at Lalande-de-Pomerol.