Throughout the Loire Valley I see a regional intertwining of the worlds of wine and gastronomy, from the avid consumption of everything maritime with the wines of Muscadet and the Fiefs Vendéens on the Atlantic Coast, to the marriage of Chavignol’s two rightly famed products, the Crottin de Chavignol and Sancerre (although some of the locals would rather refer to both wine and cheese as Chavignol, depending on how militant an attitude they maintain).

This relationship continues even further upstream, in the Upper Loire. Here the bond seems even closer, individual rather than regional, with vignerons and restaurateurs working side by side. The long-standing association between the Sérol and Troisgros families, the first turning out what are some of France’s best examples of Gamay, the latter proprietors one of France’s most renowned multi-starred restaurant, is perhaps a prime example. 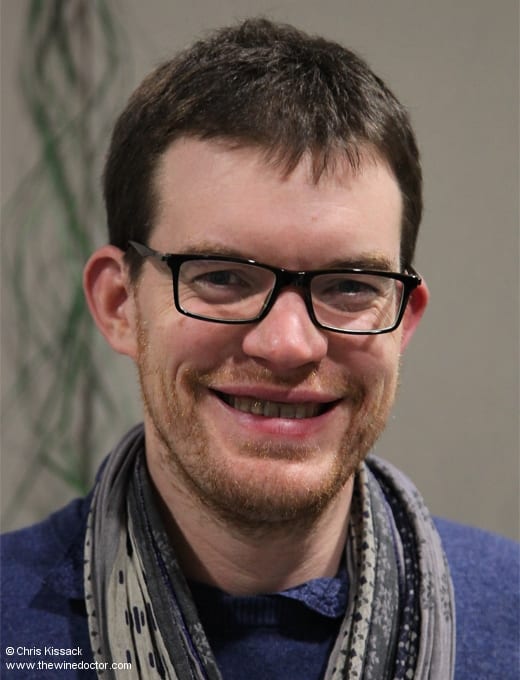 In the case of Vincent Giraudon (pictured above), though, there is more of a melding than an intertwining. By day Vincent runs the kitchen in Jacques Coeur, a prominently positioned bistro on the corner of the Rue Robert Barathon in the centre of Renaison. By night (or, to be pedantic, during the evenings and weekends) he tends several parcels of vines, making a very select portfolio of wines under the Côte Roannaise appellation (or occasionally Vin de France, as required).