Saint Verny, also known as Saint Vernier or Saint Werner, was a 13th-century character unfortunate enough to be the victim of murder, his body found near the town of Bacharach, on the Rhine. The accused were apparently Jewish assassins, although looking back at the crime eight hundred years later there seems to be no real evidence for this, and indeed it was widely doubted at the time. Nevertheless some clearly bought into the idea, and it sparked a wave of killing across Europe.

After Werner’s body was buried, on April 30th 1287, there were several alleged miracles reported in the vicinity. Locals began to venerate Werner as a martyr, and a local chapel was expanded and renamed in his memory. He was subsequently canonised by Pope Benoît XIV in 1429, and thereafter the cult of Saint Verny spread westwards to France. It first appeared in Franche-Comté during the 17th century, before then creeping into central France. In these very agricultural regions Saint Verny, along with the more widely appreciated Saint Vincent, was soon adopted as a patron saint by vignerons.

Meanwhile, in the Auvergne region of the Massif Central, Medieval vignerons were busy expanding their vineyards. Vines had already been tended here for many centuries, and so this was a long-established and expansive wine region. The wines were renowned across the country, and they had been appreciated at the courts of both Henry IV of France (1553 – 1610) and Louis XIV (1638 – 1715), the latter perhaps better known as the Sun King. The region continued to expand through to the end of the 19th century; by 1860 there were 25,000 hectares planted, and by 1890 this figure had climbed to 45,000. This made the Auvergne the third-largest wine region in France, behind only the Hérault and the Aude. 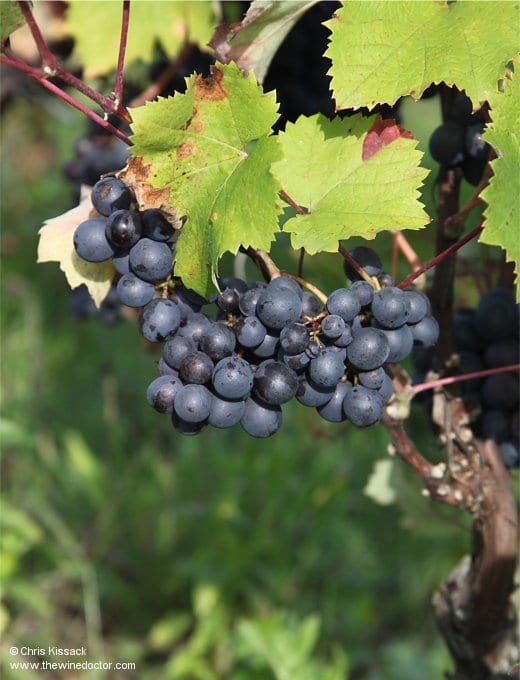 Then came phylloxera, and the result in this region was total devastation. The vineyards collapsed, and during the 20th century the area planted to vines shrank to mere hundreds of hectares. The vignerons needed a lifeline if the region was ever going to recover any of their past glory, and thus a co-operative was born. The first appeared in 1935, the brainchild of the mayor of Aubière, a co-operative named La Clermontoise. The second, the Caves des Coteaux, was created in 1950. It was with the latter of these two that the Verny martyr cult and co-operative winemaking would ultimately come together, as the Caves des Coteaux was the origin of the modern-day Cave Saint-Verny.