The Sérol family have been viticulteurs on the slopes to the west of Roanne for far longer than anyone imagines, I suspect perhaps even for longer than the incumbent at this domaine, Stéphane Sérol himself, remembers. Stéphane tells me that the vines have been passed from father to son across five generations, although the association between family and vine is much more deeply rooted than that one fact suggests. A little digging through the archives reveals the Sérol family have been tending vines in the region for at least three centuries.

Having traced Stéphane’s lineage back as far as the mid-16th century, the first of his ancestors that is of interest to us is Claude Sérol (1667 – 1719), a vigneron born in Ambierle, a town today best known for the Église Saint Martin and its associated priory, founded in the early Middle Ages. Destroyed by fire in 1441, the priory and church were rebuilt, and the latter is notable for its roof of geometric patterns made from multicolored glazed tiles akin to that which can be atop the Hospices de Beaune. Claude no doubt worshipped here, but I know nothing more of him; I suspect he was more a smallholder than a full-time vigneron, as it was the norm at this time to have a few rows of vines alongside your other crops, and perhaps your livestock. 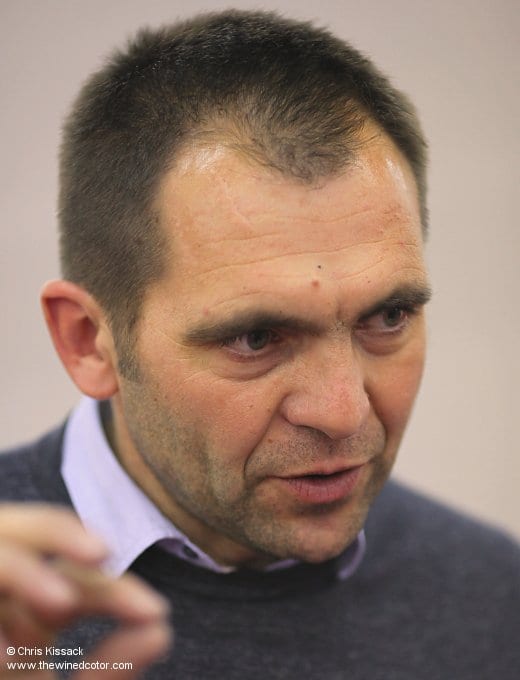 The town of Ambierle lies just 8 kilometres north of Renaison, where Domaine Sérol is located today. Nevertheless, the Sérol family do not seem to have strayed far from their roots in these early years. Following Claude, generation after generation stepped into their elders’ shoes. The next five were all vignerons; first there was Claude’s son Blaïse Sérol (1694 – 1752), grandson Claude Sérol (1720 – 1779), great grandson Antoine Sérol (1751 – 1817), fourth-generation Claude Sérol (1789 – 1858) and fifth-generation Etienne Sérol (1831 – 1900). Only generation number six seems to have broken the mould, Blaïse Sérol (1867 – 1901) having learnt a trade instead, clearly preferring to spend his time plastering walls rather than pruning vines.