Not far north of the grand communes of Bordeaux’s peninsula, which sit on the banks of the Gironde estuary, are the vineyards of the Médoc. The soils are commonly described as being rich in clay, which makes for an easy contrast with the river-side gravelly croupes of St Estèphe, Pauillac and St Julien. In truth the picture is rather more complicated than that; yes there is clay, but there are also richer alluvial soils and sandy deposits which betray the region’s proximity to the Gironde, and there is gravel here and there. Some of the land, especially the more low-lying parts on the water’s edge, or around the silted-up island of Jau-Dignac-et-Loirac, are suitable only for arable farming, or grazing.

What vines are planted here tend to hug the Gironde. Head north out of St Estèphe on the famed D2 and very soon you come to Château Sociando-Mallet, situated on a final reprise for the great gravel terroirs of the left bank, and also Château Coufran. From here viticulture spreads out to the west, towards Lesparre-Médoc; this is where the vines of Château Potensac, owned by Jean-Hubert Delon of Château Léoville-Las-Cases, can be found. And just a few minutes down the road lies Château Preuillac.

The vineyard at Château Preuillac dates from at least the 19th century, when the property was in the ownership of a gentleman named Laloubie. This does not seem to have been a very significant era for the estate, but there came a turning point in 1869 when it was purchased by Edmond Adde, who did much to revitalise the vineyard, subsequently winning significant awards at competitions in Paris, Bordeaux, Antwerp and Liege with his wine. Adde remained in charge of the estate for just over fifty years, it subsequently coming into the hands of Théodore Crozat in 1922. He continued Adde’s philosophy of hard work in the vineyard, believing it key to making the best wine. It was under his tenure, in 1932, that the vineyard was classified as cru bourgeois; this was long before the cru bourgeois classification system collapsed, following which it was replaced by the regularly renewed listing we have today, of course. 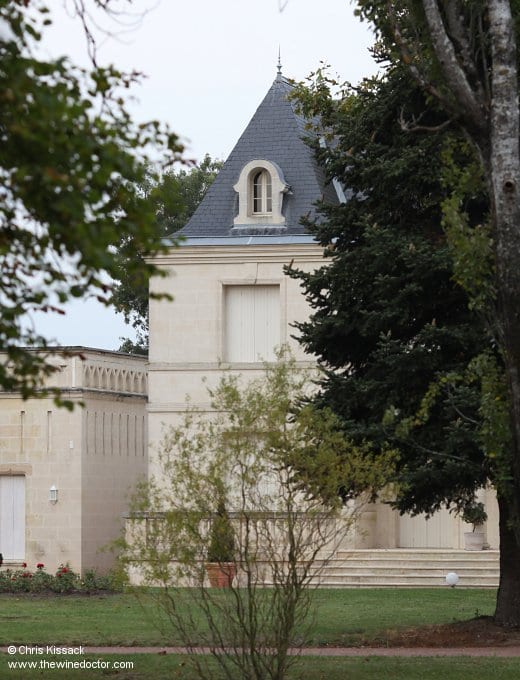 After Adde the vineyards fell into disrepair, and they were not rescued from their ignoble fate until 1969, when the estate was purchased by Raymond Bouët, who wished to use it is a country retreat where he would retire. On realising the estate’s history, however, he re-established the vineyards (for some people there’s just no such thing as retirement!). Between 1973 and 1975 he built a new barrel cellar, and then added a remarkable château in an 18th-century style, complete with underground cellars. Upon his death the estate was bequeathed to Helene, his widow, who ran it along with their daughter, Anne. But their interest in the estate did perhaps not quite match that of the late Raymond; in 1998 she sold the estate, the buyers being the Mau family in partnership with the Dirkzwager family, Dutch distillers.