There are many estates which feature a tour in their name, the tower in question often an old defensive structure dating back many centuries. It is not too hard to think of a couple of examples, including Château Latour of course (which is named for just such an old tower, now long disappeared, not for the rather more famous and photogenic dovecot) and Château La Tour Carnet of course, both estates with ancient, Medieval origins.

Château La Tour de By is one more example to add to the list, nevertheless it is as far as I know unique among such estates, as here the tour is in fact a lighthouse. It still stands today, surrounded by vines, just 400 metres from the waters of the Gironde. With its tall pointed roof and broad upper windows it has a fairytale-like charm to it; each time I have set eyes on it I half expect Rapunzel herself to appear at one of the windows. Despite its rather dainty appearance, this lighthouse was one of a number that sailors would use to aid their navigation along the Gironde, having first been guided in from the ocean by the famous Cordouan lighthouse, which has stood 7 kilometres off France’s Atlantic coast since its completion in 1611. 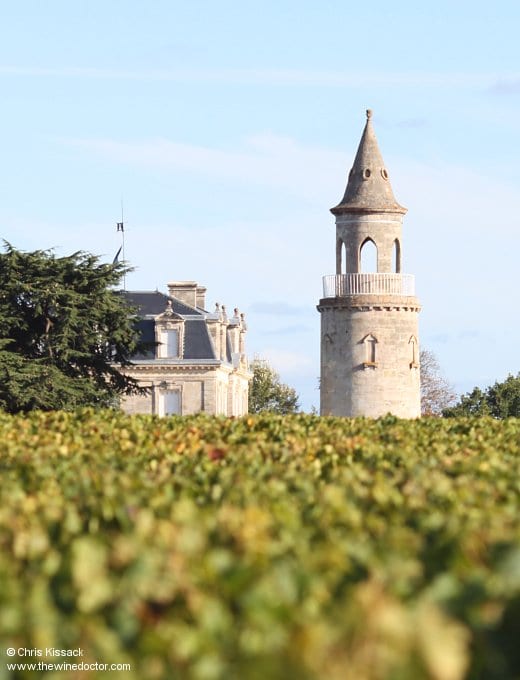 The lighthouse at Château La Tour de By is more recent, the foundation stones having been laid during the early years of the 19th century. The story of the estate which surrounds it and which has taken its name, however, it begins somewhat earlier.