The origins of Château Gloria are perhaps the most unusual and unexpected of all the châteaux in St Julien, indeed perhaps of all those on the Médoc peninsula, that I have profiled over the years. In St Julien (the village, as opposed to the appellation) is an appellation rich in history; Château Léoville-Barton, Château Léoville-Poyferré and Château Léoville-Las-Cases, the three châteaux that spring from the great Léoville estate, were all once the dominion of Blaise Antoine Alexandre de Gascq, the Marquis de Las-Cases-Beauvoir. Their shared origin can be traced back to at least the early years of the 17th century. Meanwhile, around the village of Beychevelle, Château Branaire-Ducru, Château Beychevelle, Château Saint-Pierre and Château Ducru-Beaucaillou all emerged from the estate of Bernard de Nogaret de La Valette, which was broken up and sold off during the 17th century, although the tale here can be traced back even further, to the 13th century.

Château Gloria (pictured below), however, is a much more recent creation, the result not of dissolution and disruption, but of consolidation. The grandest estates in St Julien described above sprang into life when tracts of land were confiscated after the Revolution, or in order to settled unpaid debts. Too large for even the most wealthy to take in hand, they were broken up, and sold off in a piecemeal fashion. In the case of Château Gloria, however, this estate came into being as the result of one man’s desire to own and run a classed growth property, a desire he satiated by buying from neighbouring classed growth estates as many parcels of vines as he could. That man was Henri Martin (1903 – 1991). 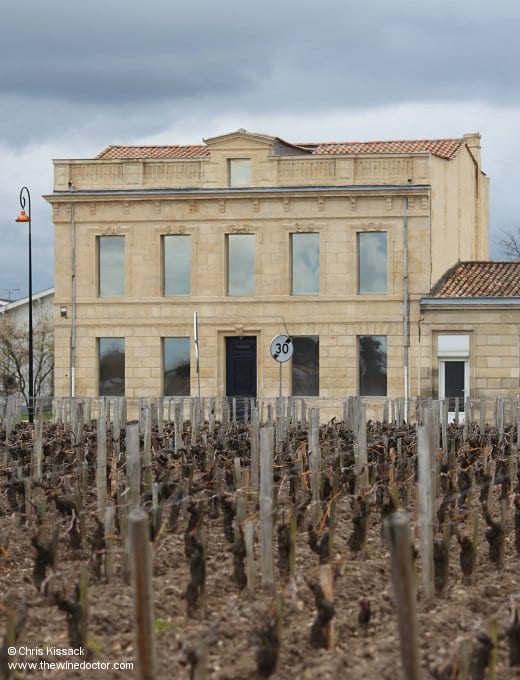 Henri Martin was a very popular figure in Bordeaux, enjoying a considerable level of responsibility in the region. He became mayor of St Julien, an office he held for over forty years, and subsequently he was elected president of the Conseil Interprofessionnel des Vins de Bordeaux. He was also instrumental in the founding of the Commanderie de Bordeaux, an organisation he led for some time. But deep down he had a not-so-secret desire, to be the owner of a classed growth estate. Starting from scratch, the building of Château Gloria from nothing more than a grocer’s business was his attempt to realise that dream.