It is a sad but perhaps inevitable fact that the vast majority of visitors to Bordeaux, whether they be members of the wine trade, jobbing wine hacks or avid claret-obsessed consumers, spend nearly every minute of every day obsessing over the famous cru classé châteaux. All those minutes and days usually add up to the entirety of the trip, and as a consequence there is never any time left for smaller, more independent estates, be they cru bourgeois, cru artisan or some other non-classé designation.

Nowhere is this more true than St Julien. There are of course a number of non-classé domaines and vineyards here which I encounter regularly, in particular Château Lalande-Borie, Château Moulin Riche and Clos du Marquis, but it is somewhat far-fetched to think of these estates as ‘independent’. All are owned by neighbouring classed growths, Château Ducru-Beaucaillou, Château Léoville-Poyferré and Château Léoville-Las-Cases respectively, and two of them have certainly served as nothing more than a second wine at some point during their respective evolutions. Today they are all managed as quite separate entities, but they remain in the hands of their classed-growth overlords. In an appellation where more than 90% of the vineyard land belongs to the eleven cru classé châteaux, this is something we should not find surprising.

So where can we turn for a truly independent, non-classé interpretation of this appellation? The answer most probably lies here, with Château du Glana.

The domaine dates to 1870, which was when Château du Glana was built by the architect Nadeau on behalf of his client, a local notaire named Cayx. What was erected was a distinctive red-brick château (pictured below) of, in my opinion, limited aesthetic appeal; it is also of no great significance to this profile, as it is no longer part of the Glana estate. Rather like Château Croizet-Bages and its vineyards, the two were divorced many years ago. 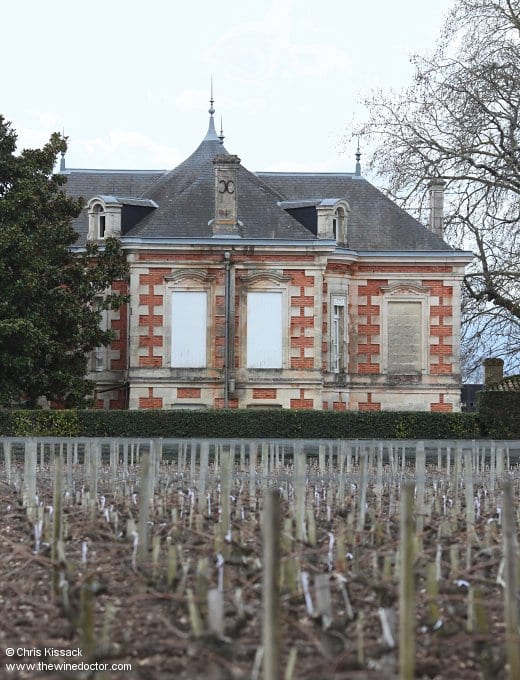 At about the time the château was built Cayx purchased some vines purchased from near-neighbour Château Saint-Pierre, during what was a time of consolidation for the proprietors of that estate. Château Saint-Pierre had effectively been divided into two when the estate was bequeathed to two sisters by their late father, Baron de Saint-Pierre. Eventually one side of the family bought the other out, taking the lion’s share but not the entirety of their half of the vineyard. In the process several other small plots were sold off and some, in total perhaps 4 hectares of vines, were acquired by Cayx. He had the château, and he had the vines; Château du Glana was born.