The drive out from the centre of St Emilion to the western reaches of the appellation, and to Pomerol, is a fairly straightforward one; it is really a case of follow your nose, and there is only one turning you need to watch for. Hang right and within a minute or so Château Cheval Blanc will come into view, its admittedly rather understated château still a prominent feature of this corner of the appellation, especially so since the addition of new cellars, inaugurated in 2011. It sits here on the very edge of St Emilion, pointing the way towards Pomerol, to Château L’Évangile, Château La Conseillante and others. Hang left, however, and your eye is likely to be drawn to the dramatic facade of Château Grand Barrail, a luxury hotel. Continue on and you will soon find yourself on the main road that skirts the edge of the Libourne suburbs, wondering how you are going to get back among the vines once more.

Between these two routes there lies a triangular slice of the St Emilion vineyard but I confess, with Château Cheval Blanc on one side and Château Grand Barrail on the other, I am usually looking in the opposite direction. And yet here, hidden behind the trees that line the Ruisseau du Taillas, the stream that runs from the town of St Emilion and which forms in part the eastern boundary of the Pomerol appellation, lies another estate of great interest. This is Château Figeac which, along with Château Cheval Blanc, is one of the two estates that occupy the Graves St Emilion, the gravel banks that really signify the end of the sands of St Emilion and the beginning of the Pomerol terroir. 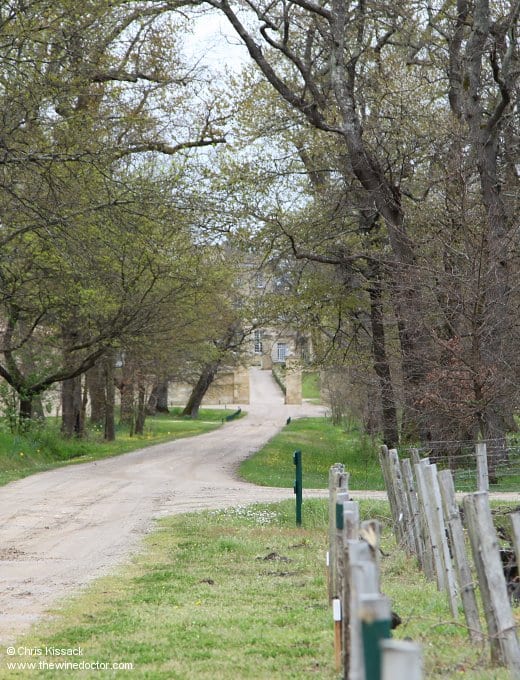 Château Figeac hides in plain sight behind trees (above), understated despite its considerable expanse, the clean-lined château accompanied by numerous outbuildings, a small lake, gardens, even a tennis court. This understated nature perhaps serves as some kind of analogy for the wine, because in recent decades it has been overlooked by many, and yet to some who have discovered it this wine is one of the best in the entire appellation, perhaps even in all Bordeaux. It is distinctive, different, not quite iconoclastic but definitely unique within the appellation. These differences have not always been appreciated though, and this much was seen in 2012 when the estate, despite obvious hopes, failed to achieve promotion to the very top level of the new St Emilion classification, alongside Château Cheval Blanc, Château Ausone and the newly elevated Château Angélus and Château Pavie. The anticlimax was followed by action; the manager, the son-in-law of the proprietor no less, was fired. A new manager was found, a new non-executive co-director as appointed, and perhaps most controversial of all the services of a new consultant were engaged, an appointment that led all fans of this estate to worry that, for them, Figeac was at an end.

This is the estate’s modern story though, and yet Château Figeac has an ancient heritage dating back to perhaps Roman times which I should first explore. Here in this profile I look first at these purported origins, before moving on to look at the estate from the 15th century through to today, including its shared beginnings with the aforementioned Château Cheval Blanc, and of course the influence of Thierry Manoncourt, a vital figure not only in the story of this domaine but in the creation of the entire St Emilion classification.