Pen a history of Bordeaux, of St Emilion in particular, and it is not long before one comes across Château Ausone and Château Figeac, two estates which are commonly regarded as having ancient origins, in these cases with the poets Ausonius and Figeacus, names that will be familiar to any student of the Roman Empire. But thereafter comes a long interlude, for the majority of St Emilion estates are relative youngsters compared to these two, with many of the properties in this appellation laying claim to no more than a few centuries of history.

One notable exception to this rule, however, is Château Bélair-Monange, until recently known simply as Château Belair. The estate has a history which may be traced back with confidence as far as the Middle Ages, and during the 19th century the estate reigned supreme in the region. It was lauded by Alfred Danflou, the celebrated 19th-century author, in his work Les Grands Crus Bordelais (Librairie Goudin, 1867), in which he wrote “Château Belair est le Château Lafite de la Côte de Saint-Emilion”, praise which I expect needs no translation. 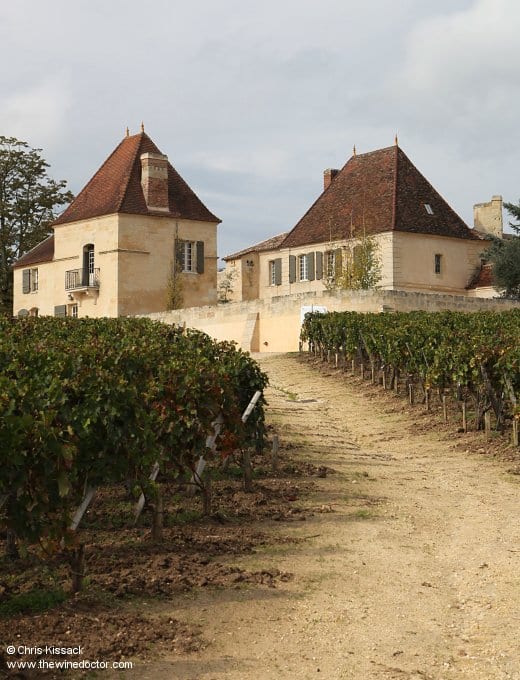 Despite this once-illustrious standing, in more recent years the wines of Château Belair have bordered on the obscure. The vineyards enjoyed the same exalted position on the St Emilion plateau as Château Ausone, but the wines did not seem to make an impact to match those of their neighbours. In 2008 the property was eventually sold, and is now in the possession of the Moueix family, better associated with Pomerol of course, but still very active in St Emilion, and so this state of obscurity should not last for long. A programme of improvement has been put in place, although not before a change in name, to Château Bélair-Monange, was first enacted. To discover the reason for this, read on. As usual my profile begins with a history of the estate.