The vineyards of Château Trottevieille lie on the limestone plateau to the east of St Emilion; as you head out in this direction it is impossible to miss the château and chai which occupy a fairly prominent corner position on the road running out from the top of St Emilion. Having past Château Villemaurine, en route to all the popular châteaux in the Mondot secteur and beyond including Château Troplong-Mondot, La Mondotte and Château Barde-Haut to name but three, Château Trottevieille sits in a fork in the road, the gateway to the château and grounds on the road on one side, the chai sitting on the roadside of the other.

This prominent roadside position is perhaps relevant to the origins of the name of this château, although I am not sure how large a pinch of salt is required in order for us to believe the story. The property sits on the site of an old staging post, and legend has it that the resident was an old woman who would come down to the roadside to attend to the coaches, and to catch up on the gossip. Before long the stop became known as La Trotte Vieille, literally the old trotter, a reference to the old maid with a taste for idle talk. When I first read of this story I wasn’t convinced. Many years later, I have to say my opinion hasn’t really changed. Although, having said that, no-one has ever come up with an alternative theory.

The history of this estate is rather sparse, surprisingly so considering its location on the plateau and its long standing within the St Emilion classification. An ancient document dating to 1453 refers to the place as Trotte Vieille, and so it seems even five centuries ago this name was already locked in, but what was going on here at the time, and whether there were any vineyards, seems to be an unknown. 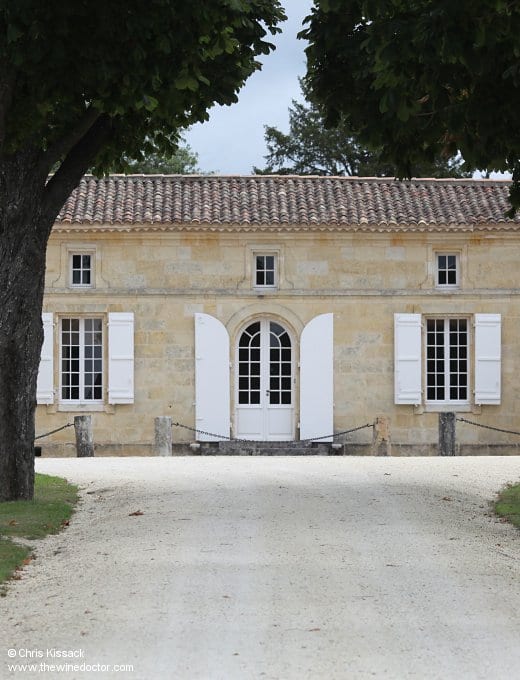 During the 18th century the land belonged to Jean Laveau (died 1836), and certainly by now the vineyards were planted, as within a few years the property begins to crop up in the many 19th-century documents that pertain to the Bordeaux wine trade. In 1841, for example, the existence of the estate was noted by Lecoutre de Beauvais, in Le Producteur Bordelais, who gives us a number of very early references to some of the best-known St Emilion estates. He also informs us that the proprietor at this time was Pierre-Raymond Isambert, a local notaire who also owned Château L’Évangile in Pomerol. Isambert was still the proprietor when the 1850 Cocks et Féret was published, the estate at this time turning out 15 tonneaux (the equivalent of 60 modern-day barriques) per annum. The property was listed among the première classe estates, just behind the aforementioned Château Villemaurine.