It is no great trial of my willpower or tasting stamina to check in on the premier grand cru classé wines of the St Emilion appellation. While I doubt everybody would agree on whether or not all the wines ranked at this level truly deserve such status, the quality level is high, and pretty consistent. And the number of stylistic outliers, those wines that seem to sing of extract, alcohol and tannin rather than expressing their largely privileged terroir, has also seen a reduction in recent years. There is much less eye-rolling in this eminent corner of the appellation here than there once was. 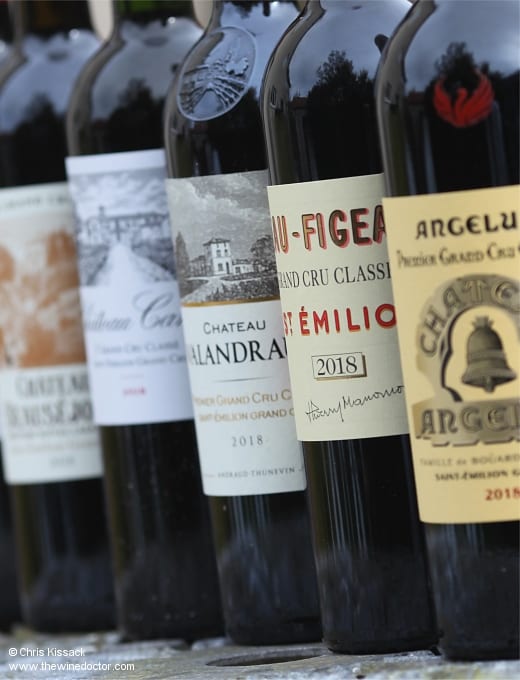 Just-bottled vintages of Château Angélus sometimes told me a lot more about the percentage of new oak used during the élevage, but in the past year or two this has been reined in a little, and the quality of the wine itself is allowed to shine through (see my tasting note if you are wondering why the bottle bears the image of a bird). After ten years in the hands of the Moueix family Château Belair-Monange is now truly beginning to shine, and hints at future greatness. Long-term modernistas such as Château Pavie and Château Troplong-Mondot have dialled back on the extravagance and turned up the elegance, and now also carry promise. At the former the hang time and leaf-plucking have presumably been reined in, as the fruit no longer feels dried and lifeless, recent releases showing more purity and fragrance. And at the latter Aymeric de Gironde, this his first vintage in charge having moved over from Château Cos d’Estournel in 2017, is working to ameliorate the style, looking for more freshness and less alcohol. The 2018 vintage was a difficult one in which to begin such a quest, but he is moving things in the right direction.