There are some older Oxfordian rocks of relevance to the Central Vineyards though, and these are worth a quick mention. These older limestones lie on the right bank of the Loire.

On the Right Bank

The further south from Pouilly-sur-Loire you go the older the limestones are, and about 15 kilometres to the south we find the town of La Charité-sur-Loire and its vineyards, the Côtes de la Charité, and beneath the surface soils here the bedrock is Calcaire à Entroques. The Calcaire à Entroques is an older Oxfordian layer best associated with the vineyards of Burgundy, where it is recognised as being a good terroir for Chardonnay. It is surely no coincidence that Alphonse Mellot have both Chardonnay and Pinot Noir planted here, for their Les Pénitents cuvées.

Moving north from La Charité-sur-Loire, tracking the course of the Loire towards the vineyards of Pouilly-Fumé, the various Oxfordian strata we cross are progressively younger. Thankfully these limestones largely do not concern us, as there are no vineyards planted here, but for the sake of completeness these other limestones are (from older to younger, or from south to north) the Calcaires fins et glauconieux de Bertins, the Calcaires fins à oolites et bioclastes de Narcy and the Calcaires oolitiques de La Charité. The next layer is of interest though, as it is the Calcaires lités inférieurs, which also appears on the left bank of the Loire, deep beneath the vineyards of Sancerre. Continuing our journey northwards we cross the Calcaires de Mézières, Calcaires de Bazarnes and the Calcaire de Tonnerre. This last stratum is of interest, firstly because it touches the very southern parts of the Pouilly-Fumé vineyard but also because, looking much further afield, it is found beneath the vineyards of Chablis. Lying superior to this layer, and just a little further north into the southern section of the Pouilly-Fumé vineyard, are the Calcaires de Villiers (often referred to, especially in older texts, as Calcaire à Astartes). This layer straddles the Oxfordian-Kimmeridgian boundary, and is thus where this Oxfordian-specific exploration of the right-bank stratigraphy must end.

On the Left Bank

On the left bank, beneath the vineyards of Sancerre, things are perhaps a little simpler. Here the older limestones lie to the east, and younger to the west. The oldest Oxfordian limestone layer is the aforementioned Calcaires lités inférieurs, equivalent to the same layer on the right bank. Moving westwards across increasingly younger limestones, there are the Calcaires crayeux de Bourges, and then the Calcaires lités supérieurs, which straddle the Oxfordian-Kimmeridgian boundary, and so again this is where this Oxfordian-specific exploration of the right-bank stratigraphy must end. 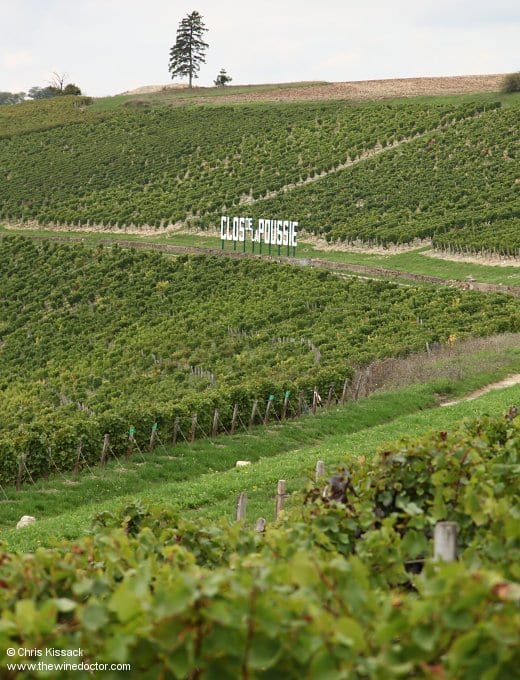 To sum up, before I look at how the vignerons see it, on the right bank of the Loire there is really just one Oxfordian layer of major significance, this being the Calcaires de Villiers, which is found in the southern half of the Pouilly-Fumé appellation. There are a few parcels here on older Calcaire de Tonnerre, and true Loire geeks interested in the wines of the Côtes de la Charité need to know about Calcaire à Entroques. On the left bank, in Sancerre, the most important layers are the Calcaires crayeux de Bourges and Calcaires lités supérieurs. On both banks, the uppermost Oxfordian layers naturally give way to the Kimmeridgian.