Today Sancerre is a peaceful town, its sleepy avenues and narrow passages only coming to life through wine, in particular during the harvest. At this time of year the streets bustle with activity as thousands of crates of freshly-picked grapes arrive at the doors of the numerous domaines that are based in the centre of the town. One of these domaines is, of course, Alphonse Mellot; the Mellot cellars are located on the Rue Porte-César, near the Rempart des Augustins in the north-eastern sector of the town.

But it was not always so; Sancerre was once the setting for a great siege, just one of many battles that together make up the French Wars of Religion during the latter decades of the 16th century. Holed up in Sancerre, at that time a heavily fortified town, were the Protestant Huguenots, who had fled Paris after the St Bartholomew’s Day Massacre on August 24th, 1572. Outside were the largely Catholic forces of Charles IX, led first by Honorat de Bueil and then by Claude de la Châtre; they attacked in November 1572 and again in March 1573. Both assaults upon the citadel failed, and so the siege began. Over the ensuing months the inhabitants and the Huguenots resorted to the consumption of rat meat and boiled leather, and perhaps five hundred met their deaths through famine before the siege came to an end, five months later. 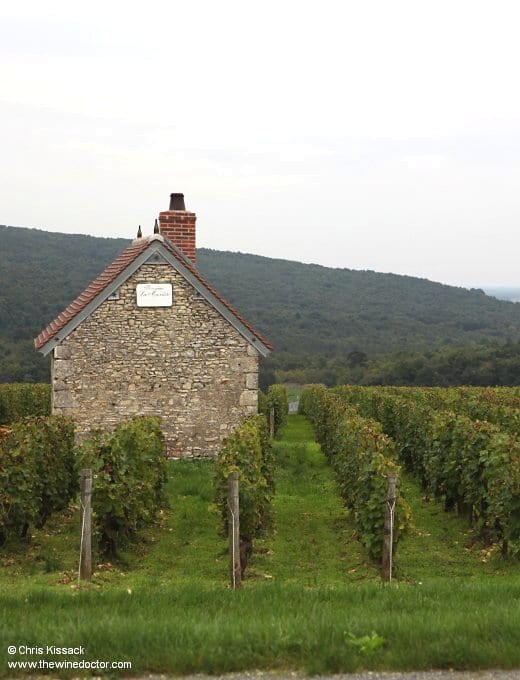 Times were hard thereafter; upon the orders of Charles IX the fortifications were dismantled, leaving us the rather more open Sancerre of today, and the king demanded compensation from the rebellious inhabitants, to be paid in wine, naturally. One man of the many who survived both the siege, and the king’s oppressive regime that followed, was named Mellot. It is very likely that the Mellots who today work in the cellars on the Rue Porte-César are the descendents of this man.