“A beautiful wine landscape is offered up for viewing; in places, the vines descend the hill down steep slopes; at an altitude of 200 to 300 metres, the best spots, protected from the winds, are devoted to the cultivation of the white vine, Sauvignon Blanc.”

Pierre Bréjoux, author and onetime Inspecteur Général of the Institut National des Appellations d’Origine (INAO), clearly recognised the visual appeal of the slopes around the town of Sancerre, but he was also aware of their potential for producing top-quality wines. Writing in Les Vins de Loire (Parisienne d’Editions Techniques et Commerciales, 1956) he listed those vineyards which he regarded as the best in the Sancerre appellation, including many of the lieux-dits I have already described in this trio of Sancerre village profiles. He gave a nod to Les Monts Damnés and Le Cul de Beaujeu in Chavignol, as well as La Grande Côte in neighbouring Amigny, La Poussie, Chemarin (there was no distinction between Grand and Petit) and Chêne Marchand in Bué, and the Côte de Champtin in neighbouring Crézancy. In other words, Bréjoux’s Sancerre lexicon was led by the crème de le crème of the Sancerre appellation.

Among their number, though, Bréjoux also included two less familiar lieux-dits which lay just outside the town walls of Sancerre. These were in the first case Le Paradis, and in the second Chambrates. Given that Bréjoux ranked these sites alongside the appellations most renowned vineyards, you would think them worthy of due consideration by the many authors who have found themselves compelled to explore this appellation and its wines.

Sadly, this does not seem to be the case, Despite this fleeting flicker of attention from Pierre Bréjoux, and occasional mentions from some other authors of historical interest, such as Vincent Poupard and Abraham Malfuson, these and the other vineyards of Sancerre the town, as opposed to Sancerre the appellation, have received very little attention over the years. I suspect too many who come here are seduced by the towering curtains of vines seen in Chavignol, and the bleached-white caillottes of Bué, to more thoroughly investigate the less easily compartmentalised slopes around Sancerre. This is a shame, because if there is one thing these vineyards and their associated vignerons do not deserve, it is being sidelined in favour of these other villages. The fact that we can find toiling in these vineyards Alphonse Mellot Junior (pictured below) and the Vacheron family, among many other notable vignerons, should surely be enough to pique our interest. 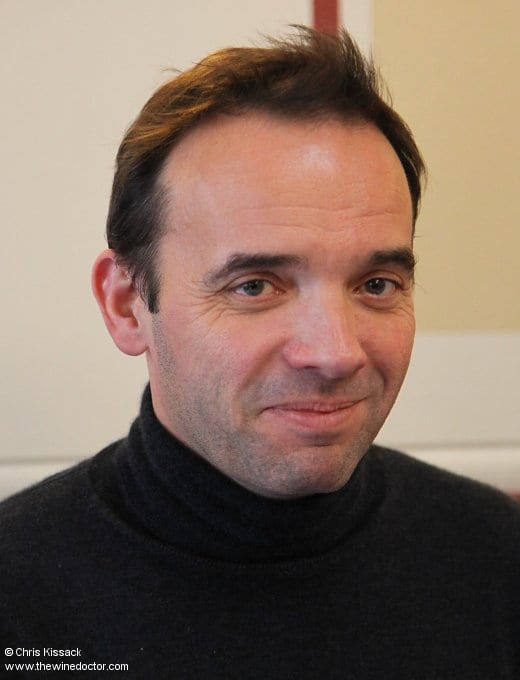 Here then, in the third and final village profile in this guide to Sancerre, I take a look at the most noteworthy lieux-dits within the commune of Sancerre itself, around the town. I will examine their geology, topography, their vines and of course their wines.