After a week in Bordeaux for the 2012 Bordeaux primeurs, I had endured some fairly changeable weather. I had seen grey skies and drizzle one day, moderate sunshine the next, and blustery gales the day after that. But today, with just a few hours to go before my flight back to the UK, the clouds had parted, the sky was blue, and the sun was beating down upon the Médoc. How typical that the temperatures should begin to rise just as I was about to leave! Never mind, I should be grateful for small mercies, as the sunny weather was just what I needed for my final appointment of the week. I had spent too long in tasting rooms and barrel cellars; at least today I would be able to get out into the vines.

I allowed my hire car to coast down a gentle incline on the D2, so often and very aptly referred to as the Route des Châteaux. I had been traipsing up and down this road all week, visiting many of the grand names of the Médoc, from Château Lafite-Rothschild and Château Cos d’Estournel to the north, down to Château Margaux and Château d’Issan to the south. Today I was somewhere in the middle, in that oft-overlooked cru classé hiatus between St Julien and Margaux. As the car continued to roll forward, I came to a small hamlet named Vieux Cussac, just south of Cussac-Fort-Médoc. I took a right turn, and then almost immediately another right turn, and drew the car to a halt in the courtyard of a pretty and understated château. I think bijou would be the word most would choose as a description. 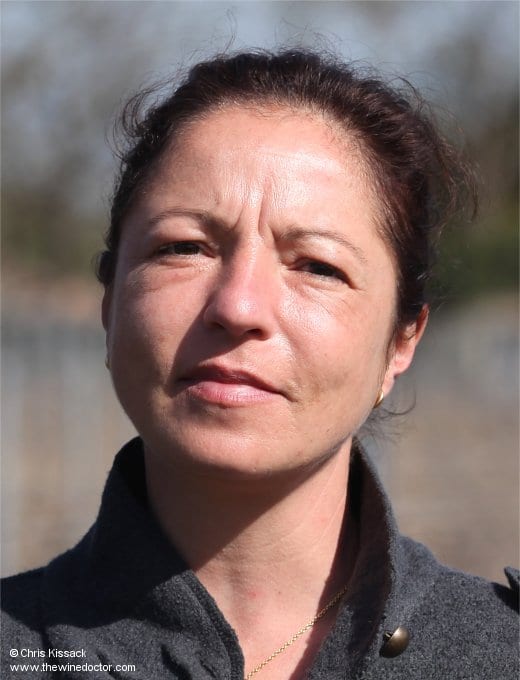 Stepping out of the car I felt the warmth of the sun on my back. The château before me was built of pale, lemon-cream stone, and topped with curved tiles of a pale, earthy hue. At one end stood a square tower, perhaps a later addition, this thought reinforced by the presence of a pointed roof of grey slate. This was Château du Retout, home to Hélène and Frédéric Soual, and with any luck they were expecting me. True enough, a moment later Hélène (pictured above) appeared, followed shortly afterwards by Frédéric (pictured below). We made our greetings, before walking out into the vines. There, with a view over the Retout vineyards, as far as the tumble-down, ivy-encrusted 13th-century windmill at the peak of the vineyard, Hélène and Frédéric gave me the lowdown on this unsung family domaine.