These words, by the under-appreciated (in my opinion, anyway) poet Pierre Biarnez (1798 – 1874), whose inspiration seems largely to have come from the châteaux of the Médoc and leading figures in the Bordeaux wine trade, remind us that what today seems immutable and eternal once never existed at all. Having praised the ‘unctuous and rich wines of Château La Lagune, he goes on to imagine the estate shining a handsome silver gilt, on the quatrième rang (fourth row). Writing in 1847 he was of course entirely correct; accepted classifications of the era, such as the Lawton classification of 1815 and the Wilhelm Franck system of 1845 had Château La Lagune ranked fourth, alongside the likes of Château Talbot and Château Beychevelle. It was only with the 1855 classification of the Médoc that the estate was promoted to troisième cru, and having been seemingly written in stone that is where the estate remains today.

Of course, such classifications are severely outdated, and have really been made redundant altogether by the arrival of the independent critic during the 20th century (although we still can’t help talking about them). The debate as to whether Château La Lagune should be third growth, fourth growth, or maybe even second growth, is undoubtedly irrelevant; what really matters is the fact the wine has legions of fans all the world over. To understand why this is, it is necessary only to look back to the words of Pierre Biarnez. These are rich and flavoursome wines, characteristics also extolled by numerous authors of the Bordeaux bible, Cocks et Féret, during the last one-and-a-half centuries. Having discovered the wines in a vertical tasting many, many years ago, I wasn’t inclined to disagree with these pre-existing opinions. They were confident wines, made by a confident proprietor, who regularly put his wines through 100% new oak (at a time many grander châteaux shied away from such expense), the end results never subtle but still frequently pleasing to the palate. 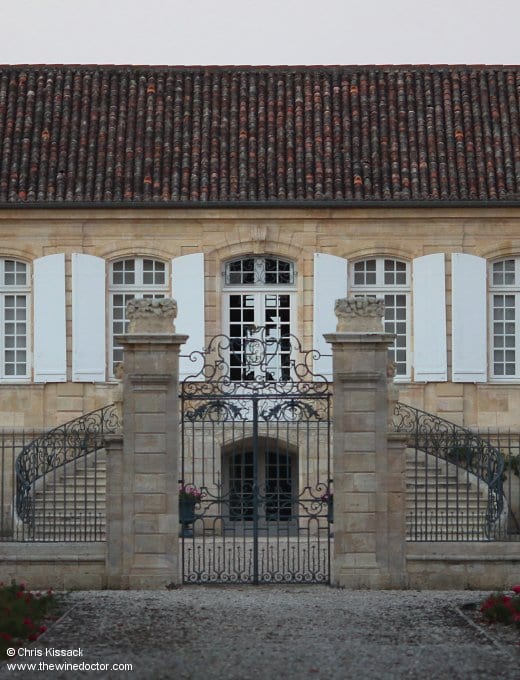 Today, the property is in new hands, but the quality remains noteworthy. But before I come to this, as usual I will first explore the history of this fine domaine, the most southerly of all the grand cru classé châteaux.