The land between the five communes of the Margaux appellation to the north and the suburbs of Bordeaux a few kilometres to the south is a happy hunting ground rich in under-rated vinous treasures just waiting to be discovered by those prepared to put in a little time. Some châteaux are well-known, and as you head south on the D2 it is not long after passing the rather grandiose gateway to Château Giscours, with its cobbled driveway, cast-iron railings, flagpoles and fountain, that you come across one of the Haut-Médoc’s most famous names, Château Cantemerle, and just a couple of kilometres further on is the appellation’s highest-ranked name, Château La Lagune.

Hidden behind these grand estates, however, are many others with names less immediately recognisable and yet in a number of cases no less worthy of our attention. The châteaux may not be so ostentatious, the grounds and gardens less formal, the facilities more functional, but some of these tiny châteaux turn out lovely wines, classically styled, correct and occasionally even seductive. Sitting right on the side of the D2 is one such estate, a petit château of pale stone which bears more than a passing resemblance to a Pomerol farmhouse such as Château Lafleur or, especially with its pale green shutters, perhaps even Château La Fleur-Pétrus.

But this is of course neither; this is Château Belle-Vue, a property which burst onto the Bordeaux scene in the early-21st century with some very attractive wines made by Vincent Mulliez, a banker by trade who returned to his childhood home, Bordeaux, to try his hand – with evident success it seems – at making wine. Before we get to Vincent’s dramatic revitalisation of this estate, though, we first need some history.

It is a commonly made mistake to say that Château Belle-Vue was first born in 1996, when the then-proprietor Rémy Fourin carved off a large corner of his estate, the expansive Château de Gironville (located to the southwest of Macau) in order to create a super-cuvée of much higher quality. That he might choose to do so should not surprise us, as the vineyards in this sector of the commune are more highly regarded, being planted on a desirable gravel croupe, and this is reflected by the presence of some rather prestigious classed-growth neighbours. But it is not entirely true; Château Belle-Vue is an estate of very long standing, the origins of which can be traced back to the second half of the 19th century. 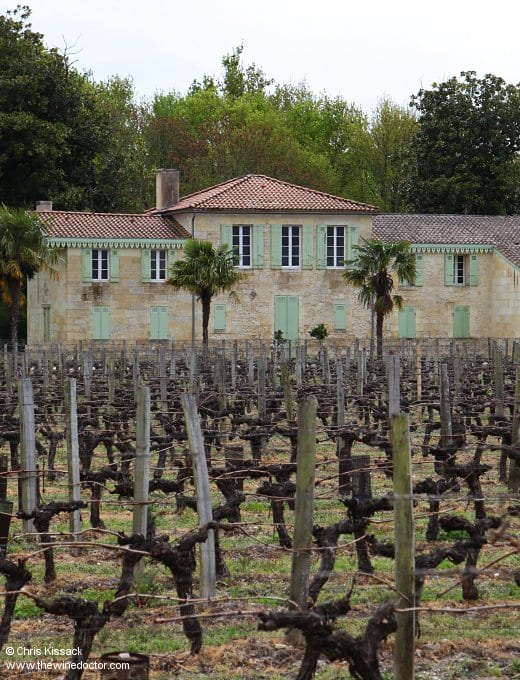 Looking back through old editions of the Bordeaux bible Cocks et Féret, there is no sign of the estate in the 1850 edition (although the aforementioned Château de Gironville, in the possession of the Duffour-Dubergier family who also owned Château Smith-Haut-Lafitte, is listed). The domaine first pops up in the 1883 edition, in which the authors note the existence at Belle-Vue, in Macau, of one Nelson Decan; he is listed way down the commune’s roll-call, among the artisan and paysan growers of the commune, nevertheless he is there, and he is already turning out 8 tonneaux of wine per annum. It is Monsieur Decan, I believe, who we should credit with the birth of the Belle-Vue estate.