The history of Clos Fourtet extends back as far as the Middle Ages, when a defensive settlement, built to protect the town of St Emilion, was located here. It seems plausible that some sort of fortified camp had existed here for many centuries, some would suggest back to the Roman era, although I think the evidence for that is rather sparse. Regardless of the exact date, however, it is clear that this was a military camp long before it was a vineyard. That this was the case was even recognised in the name, as during the 17th, 18th and 19th centuries this was known not as Clos Fourtet but as Campfourtet (many authors refer to it as Camfourtet, but if you go back to contemporaneous sources, such as the very earliest edition of Cocks et Féret, it was certainly Campfourtet).

It was probably only during the 17th century, after peace had descended on the land and there was simply no need for a defensive camp here any more, that the first vines were planted. At this time the estate appears to have been in the hands of the Rulleau (or occasionally Ruleau – the spelling varies according to the source) family. Indeed, writing of the Rulleau family and Clos Fourtet, Professor Henri Enjalbert has credited them with bringing the vineyard into existence, although again I am not sure this is much more than convenient historical supposition.

Nevertheless the earliest known proprietor is indeed Jean Rulleau, an advisor to Louis XIV, the Sun King. Jean had three children, Catherine, Léon and Pierre. In 1725 his only daughter Catherine Rulleau was married to Vital de Carles (born 1683), seigneur of Figeac, and these names have of course already cropped up in my Château Figeac profile. Of the two sons, Pierre Rulleau was a chaplain in St Emilion, and so this left Léon Rulleau, Jean’s other son, to take on the work on their father’s estate. Upon the death of Jean, however, the property was inherited equally by all three siblings. 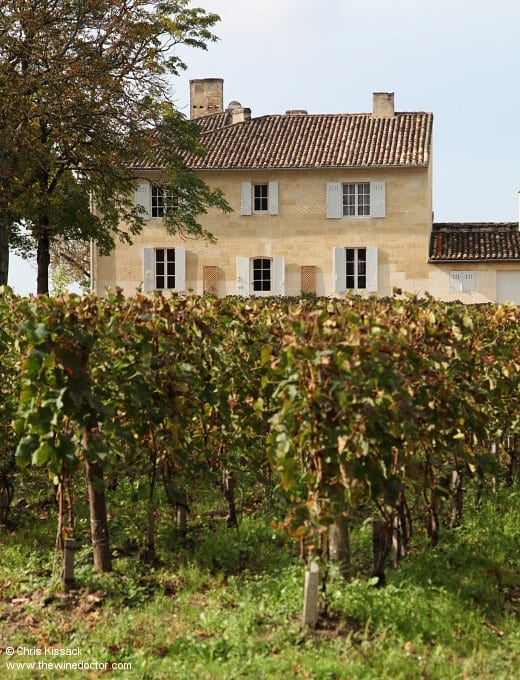 With the passage of time the three portions of the estate were gradually passed onto the next generation. Léon Rulleau bequeathed his section to his son Élie Rulleau, who also inherited that which had belonged to his chaplain uncle who presumably had no offspring. As for Catherine, she and her husband Vital de Carles passed their section onto their only son, Élie de Carles (1720 – 1791), écuyer and seigneur of Figeac. He served as a page in the royal court, and in 1789 he decided to sell his section to Léon Rulleau in exchange for a tonneau of wine each year. Sadly Élie de Carles died two years later, so he didn’t have much time to take advantage of this arrangement. Having said that, the thought did cross my mind that perhaps he died because he was in receipt of a tonneau (the equivalent for four barriques) of wine each year. I can only hope he had some friends to help him get through it all.