Two weeks ago I was sat in the little tasting room with Bernard and Matthieu Baudry, in Cravant-les-Coteaux, Chinon’s most famous satellite; having finished working my way through just about every cuvée from the 2019 and 2018 vintages, I was facing my final tasting sample of the day. This was from a bottle Matthieu had just retrieved from his personal cellar, and was poured blind; given that previous blind challenges chez Baudry have featured any number of vintages from the last three decades, not to mention never-released experimental cuvées, approaching these blind tastings with an open mind and a degree of humility is essential.

Poking my nose into the glass the wine was leaning towards the greener and indeed more vegetal side of Cabernet Franc. My first impressions centred around celeriac and celery stalk, while Bernard felt there was an earthy touch of navet (we scratched our heads for a while on that one, before we eventually settled on turnip as a translation, subsequently confirmed by Bernard who had disappeared to fetch his English-French dictionary). I suggested it originated from a cooler vintage, but Matthieu refuted my suggestion, indicating it was from a much warmer vintage. Indeed, he said, it was from a really hot year. This had me scratching my head for a second time. How could a warm vintage produce such a wine, one which seemed to sing of cool breezes rustling through damp leaves, of undergrowth and root vegetables? The answer came when the vintage was revealed; it was the domaine’s 2011 Chinon La Croix Boissée. 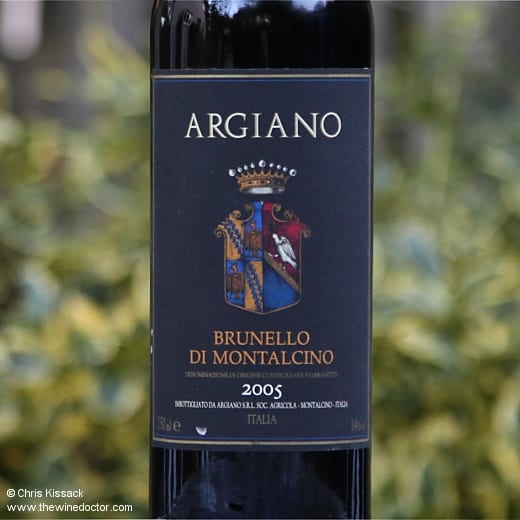 The 2011 vintage in the Loire Valley was bipolar, both warm and cold; spring was very hot, and many vignerons recall sweltering conditions in March and April, so that many were out in the vines in summer gear, t-shirts and shorts. Autumn was similarly marked by a long spell of warm and dry weather, facilitating a late harvest and the production of some stellar sweet wines. Combined, the two periods of unseasonably warm weather were sufficient to catapult the year into first place as France’s warmest, usurping 2003 (which was marked by a summer heatwave, but more typical weather during spring and autumn).

Between the two, however, there came a fairly disappointing summer; t-shirts were packed away, and the standard summer attire for 2011 was hat, coat and scarf, and as a result there were some problems with the maturity and balance of dry Chenin Blanc and Cabernet Franc in Touraine (to be clear, as a result of the weather, not the fact the vignerons were well wrapped up). Nearly ten years on, whether you look back on the vintage as a warm one or a cold one depends on exactly which part of the growing season you think of first, and what character you see in your wine. Is it the dreary summer you think of, and the cool-vintage aromatics and grainy tannins you see first? Or do you think of the warm spring and summer, memories reinforced by the great colour, warm-vintage textures and admirable alcohol levels some of the 2011s possess?

I was reminded of this blind tasting session over the weekend when I looked beyond the vineyards of Chinon and indeed France to Italy, with a wine from what might be seen as another bipolar vintage, 2005 in Tuscany. This was a year marked by a hot weather during July and August, and as harvest approached the vintage was laden with promise. But then the weather broke, and September was marked by persistence rain which continued on right through the harvest, dampening spirits as well as the vintage’s prior potential. While many good wines were made (and there is no hint of celeriac or indeed navet in the wines), the style of the vintage was inevitably lighter and less concentrated than it might have been. Nevertheless, many in the region still seem to look back upon the year as a warm one, remembering the warm weather of summer more readily than the rather more dreary harvest.

This week’s Weekend Wine, the 2005 Argiano Brunello di Montalcino, is a case in point. I picked up this bottle in Tuscany back in 2012, one of a half-dozen bottles that came back with me in my suitcase (all the others were from the 2007 vintage, in general a more promising vintage). After eight years of slumber in my cellar it displays a beautiful colour in the glass, clearly mature (unlike that 2011 La Croix Boissée which looked positively youthful), with a rim of honeyed leathery tones encircling a fading red core. And aromatically the expression is also completely evolved and open, with notes of long-dried cherries, black bean and liquorice, all wrapped up in sweetly tanned leather. Sinewy and still showing a good texture on the palate despite the difficulties of the season, the middle is filled with dry and dark fruits, some lightly grained tannins and a chalky edge, all intertwined with a slightly incongruous citric acidity. It has charm, but it gives up in the end, the finish grilled and a little warm, with that acidity poking through here. It is time to drink up I think, although I can’t deny that this is a good result from what was a cool and wet vintage. Or was it a warm one? The character of the vintage is, I think, in the eye of the beholder. 92/100 (26/10/20)