Having dealt in a little detail with how the red wines of Bordeaux are put together, this instalment of my guide to Bordeaux looks at the other styles of wines that are found in this region. Rather than a blow-by-blow account of how these wines are made covering every step from picking to fining – which might be regarded as just a little repetitive – I focus on their distinguishing features, aspects in which the picking, fermentation, élevage and so on differ when compared to the reds.

As I have indicated in my previous winemaking instalments, the level I am aiming for here is informative but not very complex detail or technical information; it should be sufficient for the Bordeaux drinker and enthusiast, but MW students, winemakers and others involved in the industry will need (and, I am sure, will already have) a much more specific and evidence-based knowledge. For this level of detail texts like those I recommended at the end of my second red winemaking instalment may be useful.

The key issue here, as is the case in any other region, is style of rosé. Broadly speaking, as the production of rosé wine by the blending of red and white wines is forbidden (except in Champagne) there are only two methods by which rosé is made. The first is pressurage direct, whereby the red grapes – picked for the express purpose of making a rosé – are pressed, a minimal period of skin contact (often just a few hours) between the skins (which impart the colour to the wine) and the juice is allowed to pass, and then the pink-tinged juice is run off into another vessel for the fermentation.

In the second method, the rosé may be a by-product of red winemaking. The key step is concentration of the red wine by running off some of the juice early on during the maceration, after minimal skin contact. This process goes by the name of saignée (which simply means bleeding). The result in the red fermentation will be a higher ratio of solids (in particular grape skins which impart colour and tannin to the wine) to juice; thus the resulting wine will be richer and darker. The juice that was run off is not thrown away though; it contains grape sugars and a little pigment from the grape skins, in other words exactly the raw materials required for the production of a rosé. One fermentation later, that is exactly what the winemaker has produced. 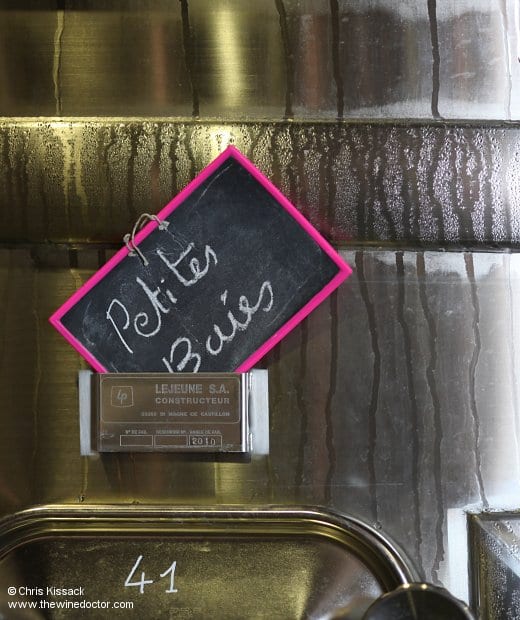 Accepted wisdom is that pressurage direct is superior to saignée, and I have yet to find a wine to persuade me otherwise. In Bordeaux, where the focus is on red wines (which can sell for a very good price) and not rosé (which will be priced lower – although still more expensive than rosé wines from many other regions) it is only natural that winemakers will concentrate on red wines rather than rosé. For this reason the vast majority of rosé wines are the result of the saignée method. Some estates do have some plots of vines dedicated purely to the production of a rosé wine, made using pressurage direct, but such a decision will only be made with great deal of consideration as the wine will not achieve the same price as a red wine which could be made using the same fruit.