I pulled off the main road into the courtyard and hopped out of my hire car, quickly taking in as much of my environs as possible. Cellars and storage facilities surrounded the courtyard on all four sides, the only way in or out being the corner entrance through which I had just driven. Well, not quite, because between two of the buildings there was a gap, a route through to a broad bank of vines beyond. And these vines dug their roots into the most beach-like soils I have ever seen, a huge wave of caillottes, glistening white like decorative pebbles on the banks of the Irish Sea, with not an ounce of organic matter to be seen. Turning around, on the opposite side was a storage hangar filled with essential winery equipment. You know the sort of thing; a plough, ready for the vineyard; pipes and hoses, ready to hook vat to barrel, and barrel to bottle; a pallet of freshly-delivered glass bottles, ready to be filled; a World War II US Army jeep, ready to be….well, that one had me stumped.

“It’s my father’s” said the figure who had just appeared next to me, speaking from beneath the rim of a somewhat battered straw fedora that may also have dated from World War II. This was of course Pierre Morin (pictured below), the latest generation to take the helm at this family domaine in Bué. He had the previous year taken over from his father, who had in turn taken over from his own father many years earlier. Embryonic thoughts of taking the jeep out for a spin among the vines were soon forgotten, as Pierre introduced me to his family, and also to his domaine. We took a walk along that beach-pebble vineyard, before we returned to taste his wines. Which are, as it happens, extraordinarily good. That always makes the job easier. 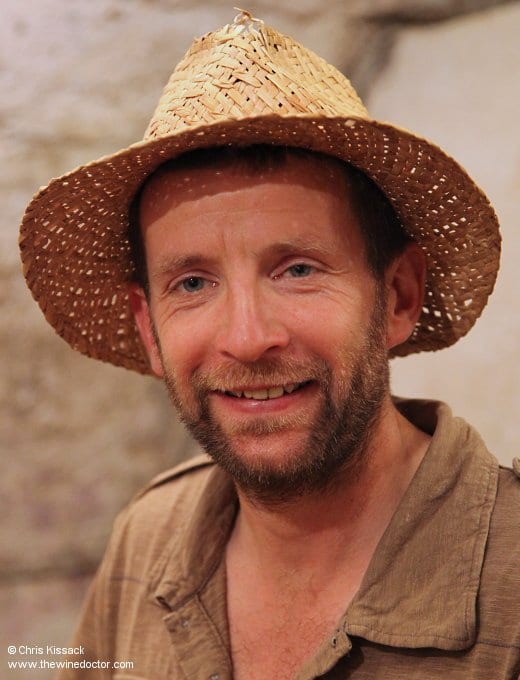 This profile looks at the Pierre Morin vineyards and portfolio of wines in detail, but first, as is customary, a little more history for the domaine.