Although I only became aware of La Grange Tiphaine somewhere around 2005 or perhaps 2006, it is in fact an ancient familial domaine that was founded in the latter years of the 19th century, and which has been passed down through four generations of the same family. The family in question are named Delecheneau, and it was great grandfather Alphonse Delecheneau who was the first in this family to call himself as a vigneron. Working on the outskirts of Amboise, Alphonse tended his vines for decades, before bequeathing the vineyards to his son Adrien, who in turn passed them on to his son Jackie in 1982. The fourth generation, now in charge of the domaine, which he runs with his wife Coralie, is Damien Delecheneau (pictured below). 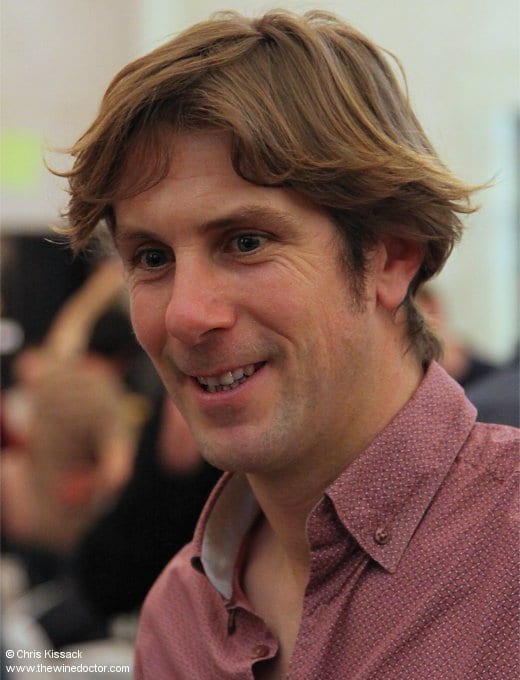 Like many young vignerons today Damien looked beyond the confines of the Loire Valley in order to gain some qualifications and experience, beginning with an oenology diploma in Bordeaux which was where he and Coralie (pictured next page) met. Thereafter he worked in Irancy in France’s south-western vineyards, in Chablis, back to Bordeaux again with Château Lafon-Rochet, in California’s Napa Valley and finally in South Africa, with Coralie. She, meanwhile, had not been idle. The wine qualification she picked up in Bordeaux was her second diploma, as she already had one under her belt from her time studying the wines of Champagne in Reims. Her travels took her to the USA and Beaujolais, before her stint in South Africa alongside Damien.