The Loire Valley acts as a magnet to new vignerons for many reasons. In many cases a strong factor is money; vineyard land here is much cheaper than it is in more famous viticultural dominions such as Burgundy or Bordeaux; Montlouis, in particular, has seen a great influx of new talent such as Ludovic Chanson, Lise and Bertrand Jousset, Frantz Saumon, Xavier Weisskopf and more than a handful of others. Some names in the Saumur Puy-Notre-Dame, Anjou and Vouvray appellations also spring to mind. Another reason might be the support that is received here. Consider Mai and Kenji Hodgson, for example, who probably wouldn’t be where they are today were it not for the assistance offered by Mark Angeli. Or, alternatively, Toby Bainbridge, who also relied greatly on an established vigneron (the subject of this profile, as it happens) before going it alone.

Alternatively, a move to the Loire Valley might reflect a wish to surround oneself with like-minded vignerons, men and women who hold similar beliefs and manage their vineyards using similar methodologies. They can act as a sounding board, someone to bounce ideas off, or as an inspiration to go down a particular path, be it organics, biodynamics or full-blown ‘natural’ viticulture and winemaking. The Loire Valley, after all, is not short of any of these. In a region where organic vignerons are ten-a-penny, and biodynamics has been established for decades at many notable domaines such as Château Gaillard (by the late François Bouchet, in Saumur, since 1962), Clos de la Coulée Serrant (Nicolas Joly of course, since 1985) and Domaine Huet (converted by Noël Pinguet in 1988), why would a biodynamic vigneron go anywhere else? And if non-interventionist winemaking is your thing, here in the Loire Valley you might find yourself working alongside Pat Desplats of Domaine des Griottes, the aforementioned Mark Angeli, Richard Leroy or Olivier Cousin. Again, why go anywhere else? 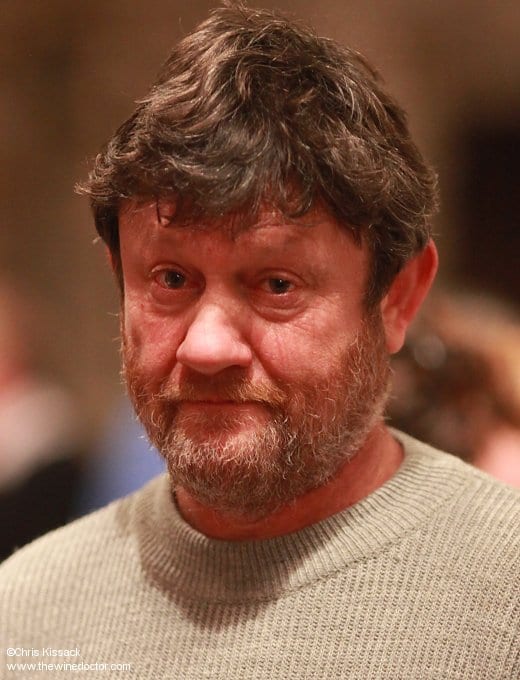 Which of these applied to Didier Chaffardon, we might wonder? The truth is, I suspect, all three played their part. And it is a story in which some of the aforementioned names also have a role to play.