One of the untold advantages of getting to know a number of vignerons in a particular appellation or region is that sometimes one of them might just introduce you to another vigneron who turns out to be of real interest. The reason for the introduction can of course vary; it might simply be that they are friends or neighbours, or if they are relatively young perhaps they studied together. Alternatively, their knowledge of one another might be more commercial; perhaps they source their barrels from the same tonnellerie, or maybe they share the same importer. Whatever the basis for the relationship, there is usually is a mutual respect for one another’s’ vines. After all, nobody is going to enthuse about their neighbour if the wines they make are dreadful, no matter how close the friendship might be. Even so I have found on such occasions that sometimes I like the wines, and sometimes I don’t. Whichever it is, the experience is always rewarding; after all, every tasting teaches you something.

It was in such a manner that a few years ago I discovered (alright, I have as much as admitted it, I was introduced to them by a fellow vigneron) the trio of young men behind Les Roches Sèches. I had never encountered them or their wines before, not surprising on reflection as they had only just started up during the preceding year. At the time they only had four wines to pour, two white and two red, although the range certainly appears to have expanded somewhat since. One of the reds was intriguing, a heady and aromatic infusion of cherries on the nose and on the palate, intense and undeniably rustic, and yet it still had some appeal. But it was the one of the whites that really registered with me; several years on, I can still recall the flavours and texture as I swirled the wine around my mouth. It was a Chenin Blanc (what else?) with obvious low-yield intensity, the nose lifted by some fine, floral nuances, and supported from beneath by a firm phenolic backbone. On tasting, I was immediately reminded of the wines of Richard Leroy. 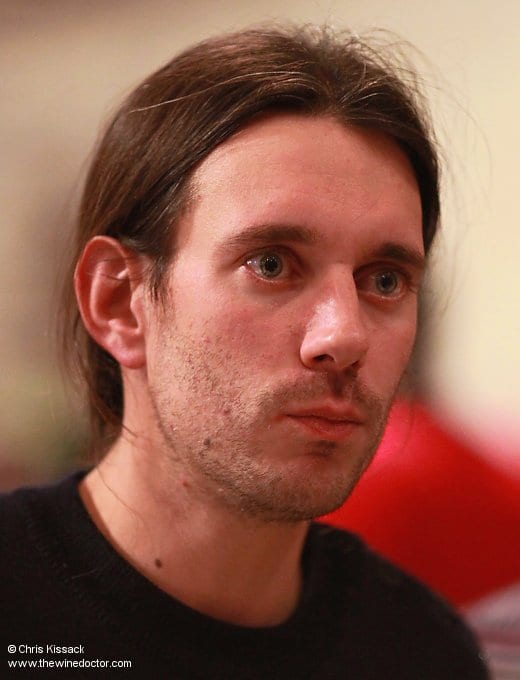 And that, as all Loire fans know, is a very significant finding.